10 Life Lessons Everyone Can Learn from Olympic Athletes 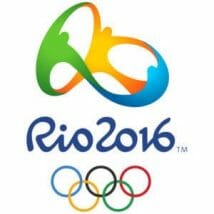 All eyes are on Rio for the next two weeks as the world’s greatest athletes compete in the 2016 Summer Games. While it’s great to enjoy the games, there are actually some very important lessons that everyone can learn from watching Olympic athletes.

Steve Siebold, a former professional athlete, psychological performance coach and author of 177 Mental Toughness Secrets of The World Class, says there are 10 important lessons we can all learn about success from Olympic athletes:

1. They never stop learning: Olympic athletes are at the top of their games because they spend so much time practicing, watching replays of their performance and strategizing with their coaches. If you want to be the best at something, you must commit yourself to being a student for life.

2. They overcome obstacles: When most people run into an obstacle, they seek escape.  Olympic athletes have a plan to push forward when this happens and learn all they can from the challenge.  They know facing adversity is part of being successful.

3. They think big: Ask most people what they’re thinking at any given time, and you might be surprised to learn how many think about just getting by.  That’s called selling yourself short.  If you ask every athlete in Rio if they think they are going to win the gold, they would all tell you ‘yes.’ They fully believe in themselves and their abilities, and nothing you could say will talk them out of it. They think big and therefore get big results.

5. They are consistently great.  The reason Olympians are so consistent is because their actions are congruent with their thought processes.  They have a very clear mental picture of what they want, why they want it and how to move closer to their target objective.  Do you?

6. They compartmentalize their emotions.  In other words, Olympic athletes have the ability to put aside anything else going on at that very moment, and focus only on the task in front of them: winning the gold.

7. They know very good is bad.  For the average person, to be classified as very good is something to be proud of.  For the great ones like Olympians, it’s an insult. Don’t settle for mediocrity. Why just be happy with the bronze or silver when you can go for the gold?

9. They know it’s their desire that counts. Olympic athletes know winning isn’t everything.  It’s wanting to win that counts.  Olympians have a “whatever it takes” attitude.  They’ve made the decision to pay any price and bear any burden in the name of victory.

10.  They are comeback artists: While most people are demoralized by setbacks and defeat, Olympians know that large scale success is based on a series of comebacks. Emotionally speaking, they don’t understand the concept of giving up. On the physical plane, they have perseverance. On the mental plane, they have toughness.  On the spiritual plane, we call it artistry.