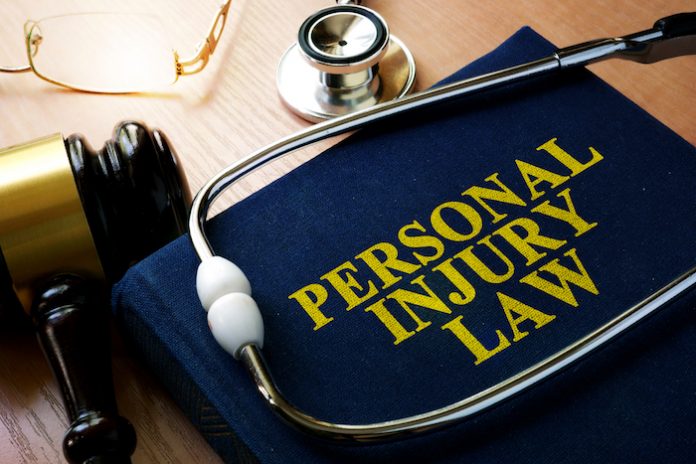 All kinds of situations can arise in a person’s life where they need to contact a personal injury lawyer. Such lawyers make a living helping individuals who are going through hard times. Any time someone hurts someone else, that injured party would do well to hire a personal injury attorney and go after the responsible party in court.

If you try to sue an entity or individual and you don’t have one of these lawyers helping you, it’s much less likely you will win your case. That could mean you miss out on the money that can help you get through this challenging period in your life.

Let’s look at four of the instances where hiring a personal injury lawyer is the most sensible thing to do.

Medical malpractice instances happen more often than the average person realizes. That’s troubling since most people would like to think that their doctors are infallible.

However, Johns Hopkins Medicine revealed during a study that malpractice is the third leading US death cause. It’s scary to think about that.

If your doctor does make a grave mistake, though, and they injure you, you can hire a personal injury attorney to investigate. Once you explain what happened, they can tell you whether they think you have a case.

If they feel that you do, they’ll investigate. What they’ll try to do is compile evidence so you can establish in court that this doctor or hospital failed to meet the care standard.

Depending on the injury’s severity, you might walk away with millions if you can win your case. That money can pay for medical care for the rest of your life.

Wrongful death cases are another instance where hiring an attorney makes sense. If a family member dies, and you know that it was natural causes, it’s sad, but that’s a part of life. If someone or something caused their untimely death, that’s another matter.

Again, your lawyer can attempt to prove negligence or reckless action by the defendant that caused your loved one’s death. Maybe it’s a company that allowed a product to get onto store shelves, but they knew it was dangerous. Perhaps it was a reckless driver who consumed alcohol before they got behind the wheel, and they struck your relative.

Again, the guilty party will often try to defend their reputation, but if you have irrefutable evidence, they may decide to settle out of court. Your personal injury lawyer will tell you whether they think the settlement offer makes sense or whether you should continue with the trial.

Product liability cases happen often. Various governing bodies try to test as many products that come out as possible. However, some of the ones that make it to market still have dangerous components.

Sometimes, a business will put out a product quickly because they fear that other companies within their niche are stealing their market share. They want to hurry and catch up. When they do so, they fail to test the product thoroughly.

When that happens, it might injure you or make you sick. Also, just because someone starts using a product and does so for a while with no issues, that might not mean the product is safe for consumption for many years.

That sometimes happens with medications you take. You’re fine at first, but years later, it turns out that the product has cancer-causing ingredients.

You can get a lawyer and sue the company. You might also choose to join a class-action lawsuit if one exists.

You can hire a personal injury attorney for negligence cases too. Negligence is a broad term that can cover many things.

Maybe you’re about to enter a store, and you slip and fall on your back. There might be ice there that the store owner failed to clear away. Lawyers often call that a premises liability lawsuit.

You might sue a nursing home if they fail to treat your older loved one with the dignity and respect befitting them. The staff might ignore them and not feed them for days.

This is another time where your lawyer will gather evidence that proves what you assert happened. If you can convince a jury that an individual or entity was negligent, you can come away with a hefty payday.

You’ll almost always want to use a contingency payment plan when you hire a personal injury attorney.