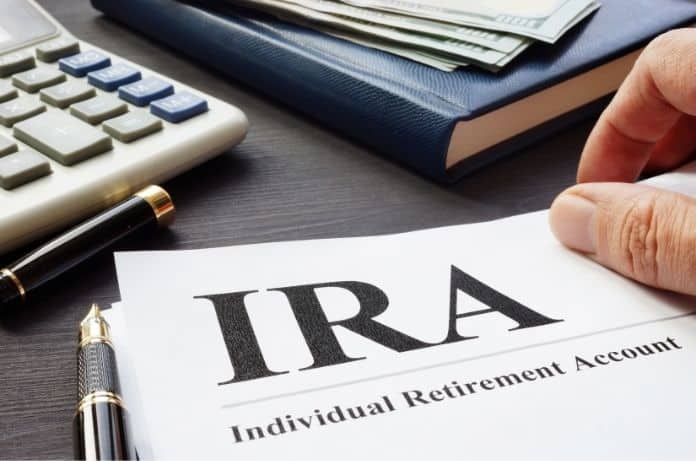 The history of the individual retirement account begins in, of all places, South Bend, Indiana. Today, we know South Bend as the home of the University of Notre Dame, but America once knew it best as an auto town—the home of the Studebaker Corporation. As the American car manufacturing industry withered in the second half of the 20th century, Studebaker was among its casualties, leaving its fleet of longtime employees without pensions. This spurred the federal government to act, with Congress passing the Employee Retirement Income Security Act in 1974 and President Gerald Ford then signing it into law. Among its provisions was the establishment of an individual retirement account, or IRA. This allowed Americans to place up to $1,500 a year—a figure that has since risen with inflation—in a tax-protected account. The account’s designated custodian could invest the money in a diverse portfolio of stocks, bonds, and money market accounts. As IRAs evolved, this original configuration would come to be known as a “traditional IRA.”

Tax reform was a defining issue of the 1980s, with Republicans and Democrats coming together to simplify the byzantine and confusing tax code of the Internal Revenue Service. The Tax Reform Act of 1986 reduced the number of tax brackets, increasing the need for tax calculators to determine individual income levels. Furthermore, the Tax Reform Act expanded the Earned Income Tax Credit, and drastically cut down on the number of tax deductions available to taxpayers. Once such elimination concerned IRAs, which had been a reliable tax break for people who could afford to place their money in retirement accounts. Households with existing retirement plans through their employers could no longer “double-dip” by making tax-deductible contributions to their IRAs. This didn’t repeal IRAs outright, but it made such investments decidedly less attractive.

Senator William Roth of Delaware, an unabashedly pro-business legislator, wished to reinstate the provisions of the traditional IRA and the tax breaks it afforded to investors. However, Congress is a place of compromise, and he could not make this effective tax cut without increasing revenue elsewhere. What Roth proposed was an alternative IRA that worked somewhat in reverse—instead of paying taxes on withdrawals in retirement, investors would pay taxes on contributions and enjoy their withdrawals as tax-free income. This mechanism would come to be known as a Roth IRA, and it has made comfortable retirements possible for many middle-class families.

In the wake of the 2008 financial crisis, the mere thought of retirement has seemed unconscionable for many millennials. With this in mind, President Barack Obama authorized the myRA, which allowed investors to make contributions below the IRA’s minimum contribution amount of $1,000, in the most recent chapter in our brief history of individual retirement accounts. Without traditional pension plans, the myRA is a small step in building retirement savings.