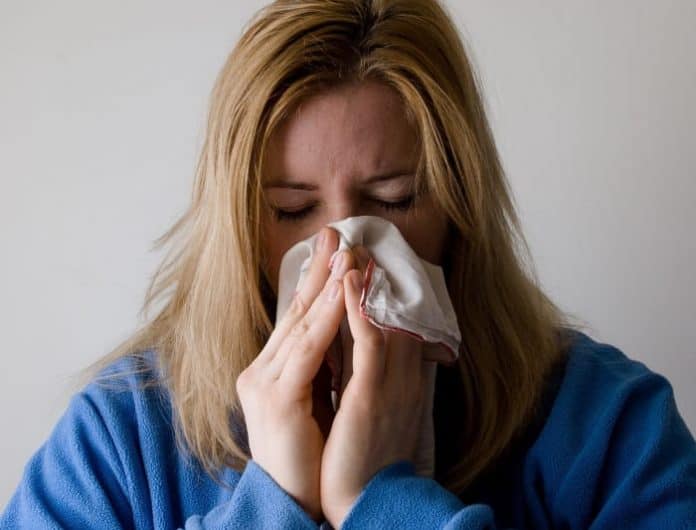 Cold and flu are common illnesses that affect practically everyone. On average, an adult can fall sick with cold at least twice a year and up to 15 to 20% of the people get the flu. Both cold and flu are caused by a virus and they are contagious. Despite your best efforts, it cannot be stopped from attacking you. Though there are over the counter medications that advertise relief of symptoms there are many home remedies that can be used. These not only help you with the symptoms of cold and flu but also have no side-effects. Before you know about the natural remedies, it is good to know more about the symptoms and other aspects of the cold and flu.

What causes Cold and Flu?

Cold and flu feel like they are the same when you are unwell, but they are actually different. The common cold is caused by many different types of viruses while the flu is caused by a few strains of it. That is the reason there is a flu vaccine available but nothing for cold. But there are similarities too, they are both contagious and spreads from person to person through the air.

You can catch a cold or flu when someone near you sneezes or coughs. It can spread when you touch something which is contaminated by the virus. So it is essential to wash your hands when someone is sick and refrain from touching the eyes, nose or mouth. A person with a cold or flu can be contagious even before developing symptoms and even after the symptoms have reduced. Children are contagious for a longer time than adults and as per research, they can spread the virus up to 14 to 21 days.

Why do Cold and Flu appear more during the winter season?

Winter is often considered as the cold and flu season. The reason behind it can be varied, one theory states that in winter people stay indoors and have closer contact. As per another theory kids are in school during winter and spread illness more easily as they do not maintain proper hygiene. Another research suggests that the virus can survive longer in cold and dry weather and hence cold and flu tends to spread in winter.

Symptoms of Cold and Flu

The cold and the flu have symptoms that are alike even though they are two different conditions.

The symptoms of cold are:

The symptoms of cold are mild and they develop slowly. It usually begins with a sore throat or runny nose. This follows up with congestion and sometimes cough. Though the adult immune system is better to fight fever, children are vulnerable to fever from cold.

Symptoms of flu are:

The symptoms are intense and appear suddenly. Flu can be caused by various types of viruses and among them, a serious one is H1N1 or swine flu. It is caused by a virus found in pigs and leads to a respiratory infection. Both cold and flu symptoms last anywhere between 2 days to 14 days.

Natural remedies for Cold and Flu

The cold and flu are common ailments that can happen to the healthiest of people. People take vaccines for the flu but yet end up getting one, so there is no actual cure for both these ailments. A better approach is to reach for your kitchen cabinet for some natural remedies and take a holistic approach as suggested by https://karenthrelkelnd.com/ rather than taking medications. The home remedies can soothe the symptoms while shortening the duration of your suffering. Listed below are some tried and tested remedies that act fast and bring relief.

One of the most important things to do when you are down with the flu or cold is to drink plenty of fluids including water. It is extremely important to stay hydrated when you have the flu, including stomach or respiratory flu. The mucus and phlegm that gets built-up can be removed when you keep your throat, nose, and mouth moist. Moreover, If you have a fever, the body becomes dehydrated and hence needs to be replenished.

Some of the fluids that can be consumed to stay hydrated apart from water are:

You will know you are drinking enough water when you urinate frequently and the color of the urine is pale yellow or clear. Avoid smoking as that can irritate your nose and throat.

As soon as you start feeling the symptoms of falling sick start gargling with salt water. It can also help in relieving itchy and sore throat. It is also believed that saltwater can pull the viral fluids from the throat. This home remedy is easy to prepare. Add about ½ teaspoon salt to a glass of warm water and gargle it twice or thrice a day. You can also do it as and when your throat feels itchy as it is harmless and has no side effects.

Honey is a useful additive to many medications in Ayurveda. It has many antimicrobial properties due to which it kills the bacteria and viruses in the body. As per a study, honey was especially found effective in relieving cough for kids over 1 year of age. Taking 1tsp of honey directly or mixing it with hot water can soothe a sore throat and also reduce coughing. For added flavor, mix lemon and honey to hot water.

It is an important mineral for the body as it boosts the immune system. It also helps in producing WBCs which are essential to fight diseases. As per research conscious increase in zinc intake helps in easing many of the cold and flu symptoms. It prevents the spread of the virus in the body and slows it down thus fighting off the virus. Foods that contain zinc are:

It has both antibacterial and antiviral properties due to which it can help in getting rid of the common cold. As per a study those who took garlic supplements for 3 months had fewer attacks of cold than those who did not. Moreover, garlic has been a traditional home remedy for a long time. It can be used while cooking, eaten raw or take it as a supplement. Garlic is easily available in all supermarkets online and offline.

There are many herbs that can be used to make tea. Star anise is one such herb that has both antibacterial and antiviral properties. It contains oseltamivir which is used in many prescription drugs for speed recovery. Its antimicrobial properties are effective against getting rid of viruses. Green leaf tea is another herb that is an antioxidant as well as a germ fighter. A hot tea aids in soothing the sore throat and cough. Herbal tea can also be made from ginger-garlic paste, black or green tea, turmeric, cloves, etc.

Adding honey to any of the above enhances the natural antimicrobial properties.

Menthol can relieve symptoms of congested airways and blocked sinuses. It comes from different types of mint plants and has pain-relieving effects as well as antibacterial properties. This menthol can be added to hot water during steam inhalation and helps in reducing cough and clearing the airways. Applying menthol as a rub can help in better sleep quality sleep for children and adults.

Steam therapy helps in loosening the mucus thereby reducing congestion. It also aids in soothing the nose, throat, and lungs by relieving the inflammation. It can also aid in getting rid of dry cough and irritated nose. Hot water for steam can be got by using a vaporizer, heating water in a pot, in a microwave, etc. Adding a few drops of vapor rub or essential oils to the water also has benefits.

It is another herb that has great medicinal value due to its anti-inflammatory and antibacterial properties. It can be added to the food or had raw mixed with honey. Drinking ginger juice is also another way to take this herb.

Regular intake of this vitamin is beneficial in many ways. It aids in boosting immunity and also reducing the frequency of cold and flu. Avocados and citrus fruits have Vitamin C in high quantities. It can also be taken as a supplement.

It is one of the best medicines to fight colds and flu. It boosts immunity and also improves the ability of the body to get rid of viruses. Getting adequate sleep also helps in getting better sooner, as it produces more germ-fighting antibodies. But sleeping through a stuffy nose is not that easy and there are a few things you can do to get the rest you need. It includes taking a steamy shower, using a humidifier or even sleeping on a pile of pillows.

The above-mentioned remedies are highly effective as it helps in relieving the symptoms of cold and flu more quickly. If you notice that the symptoms are not improving or getting worse even after 10 days it is best to consult your doctor as it may indicate other health issues.