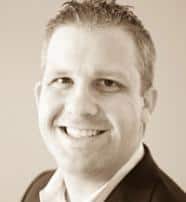 Director of Strategy, Alpine Access
The official era of the “Golden Boomers” began on January 1, 2011. It is on this date that the first baby boomers turned 65 years old. The aging of the baby boomer cohort is causing significant demographic shifts in the U.S.  According to U.S. Census Bureau forecasts, from 2010 to 2020 the number of people aged 65+ will grow more than 36% and will account for 16% of the nation’s population. Rather than retiring to the beach or golf course, however, many of these older Americans are choosing to remain in the workforce.

In 1988, only 30% of people older than 55 participated in the labor force. By 2008 the figure had grown to 39% and is forecast to reach 44% in 2018.  Recent data from the Bureau of Labor Statistics (BLS) shows that nearly 29 million people in the 55+ crowd are currently employed.  In addition, seniors are working more hours; in 1995, 44% of seniors worked full-time and by 2007 this figure had grown to 56%. These trends are expected to accelerate in coming years, providing employers with a large talent pool of mature, educated and experienced professionals.

Much of the increase in the older workforce is attributed to either not enough initial savings or declines in investment portfolio values resulting from the turbulent stock market of the past decade. Also, plummeting house values have significantly decreased the available home equity that many people had hoped would sustain them in their golden years. Yet, financial need isn’t the only reason older Americans continue to work.  Americans are living longer and healthier lives.  Research has found that working in later years has many mental and physical benefits – proving there’s truth in the oft-repeated adage “you’re only as old as you feel.”

Advantages of an Older Workforce

The decision of Americans to work later in life is providing positive benefits to businesses as well. Finding good employees is getting harder and harder in many industries. Apart from balancing out the available talent pool, today’s baby boomers have valuable experience and life skills important for working with consumers.  In fact, many businesses are experiencing improved service, increased sales and reduced operational costs when they employ a more mature workforce that is:

Virtual contact centers have seen an uptick in the number of older employees simply because they are some of the most experienced and qualified talent in the nation. Seniors tend to possess extensive interpersonal skills and knowledge accumulated from a lifetime of work. Combine that with a propensity for technology and a willingness to learn new skills, and it is easy to understand why virtual call centers employ many former full-time and part-time retirees. Alpine Access, for example, now has approximately 650 employees over the age of 50, nearly three times the number employed just two years ago.  From an agent perspective, at-home positions are especially appealing to a more mature worker because they provide supplemental income while still giving employees the work/life balance to enjoy their golden years.

Older workers are critical to the economic health and growth of the nation. BusinessWeek magazine found that “increased productivity of older Americans and higher labor-force participation could add 9% to gross domestic product by 2045,” or an additional $3 trillion a year in today’s dollars, to economic output. Fortunately, virtual call centers and their clients are in the unique position to utilize the talents of older workers while contributing to the country’s economic prosperity. In return, seniors are rewarded with competitive pay and the freedom and flexibility exclusive to at-home positions. These benefits afforded to the mature workers, the companies that employ them, and the country as a whole, are further proof that virtual call centers are the clear customer service model of the future.

Chad Lyne is the Director of Strategy for Alpine Access, Inc., the leading provider of employee-based virtual contact center solutions and services in the US and Canada. Recently named the best contact center and CRM outsourcer for client satisfaction by Datamonitor’s Black Book of Outsourcing, Alpine Access’ clients include ten of the Fortune 100 companies in the financial services, communications, technology, healthcare, retail, travel and hospitality sectors. www.alpineaccess.com .

When are seniors ready for assisted living?

When Are Your Parents Ready For Memory Care? 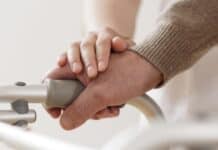 Factors To Consider When Choosing Mobility Aids for Seniors

New Year … New Surge of Divorces. How Will Your Children...

How to Care for Your Aging Parents from a Distance