Blackcurrant juice may be more than a refreshing and healthy drink. Recent studies show that it may not only help reduce the risk of Alzheimer’s disease, but also slow down the disease’s progression in those who already have it. And it’s good for our brains as well.

As of 2015, according to the Alzheimer’s Association, there are some 5.3 million people living with Alzheimer’s diseasein the U.S. Approximately 200,000 of those were diagnosed with early onset Alzheimer’s, meaning their symptoms appeared before they were the age of 65. Before 2016 begins, it’s estimated that 700,000 people with the disease will die from it. No surprise, then that Alzheimer’s is among the top ten leading causes of death in the U.S.A. But it’s also the only disease in those top ten that can’t be prevented, cured, or even slowed.

Slowing the growth of plaques

But science and medical researchers are digging in. Finally, there are some promising results and key discoveries — including the use of natural ingredients such as blackcurrant juice.

We know that Alzheimer’s disease is characterized by an accumulation of malformed protein pieces called beta-amyloids. These clump together into plaques that build up between the nerve cells in the brain. The affected nerve cells stop working, lose their connection to other cells, and eventually expire. The death of these nerve cells causes the telltale symptoms we associate with Alzheimer’s: memory loss and personality changes.

Among studies into how we can combat the devastating affects of this disease, one team investigated anthocyanins, the natural pigments found in blackcurrants and other red fruits. They looked at the ways these natural substances might be able to slow the progression of Alzheimer’s disease, slowing the formation of plaques around the nerve cells in the brain. On in-vitro tests of human brain blood vessels, researchers found that a potent, membrane ultra-filtered blackcurrant extract made by the Italian company Iprona AG had a measurable benefit against beta-amyloid plaques. The researchers found that the blackcurrant extract improved the condition of the interior of blood vessels, allowed the blood vessels to dilate more easily, and reduced the formation of plaques.

Other scientific studies underscored these results, and found that blackcurrant is also good for the brain in other ways. A 2013 study found that blackcurrant extract not only reduced the plaque accumulation in the brains of mice, it improved their spatial working memory. And the link between brain health and blackcurrant is promising: A study published in 2015 discovered similar improvements in brain function for healthy young adults, and further, that both juice and freeze-dried powder form of blackcurrant juice had positive effects. Other studies point to the potential for blackcurrant to help prevent the risk of dementia in young adults.

The evidence is mounting that blackcurrant juice and extract have more to offer than delicious taste and a gorgeous color — they’re far more than just enjoyable beverages. Blackcurrant can protect your brain and your blood vessels. It might even make you a bit smarter.

Carl Thompson has been a freelance health and medical journalist for more than three decades. He specializes in natural alternatives to the synthetic products of the pharmaceutical industry, and is a research writer for IPRONA, an Italian company that produces standardized berry extracts for healthier nutrition. His work has appeared widely in both consumer and professional health trade publications internationally. His most recent book is “Inflammation: A Closer Look at What Drug Companies Do Not Want You to Know,” about a drug-free approach to managing arthritis and other inflammatory disorders. Follow him on twitter at @theberryroom.

Health Benefits Of Matcha For Children

The Beste Season To Grow Fruits In Your Backyard 101 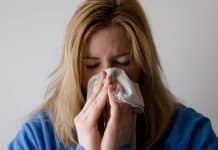 An Insight Into Cold & Flu And Natural Remedies For It