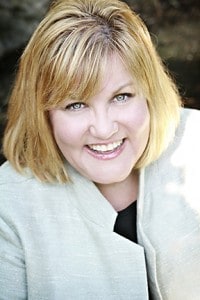 Although I have traveled all around the US and Canada teaching about resilience, the last eighteen months I have been on my own journey that goes beyond the world of being a road warrior and I would be remiss not to put it within the context of the heroic journey. The fact that someone teaches resilience, doesn’t mean they get to opt out of initiations and double initiations experiencing the same aspects of struggle, exhaustion and doubts. Knowing the framework of the journey thoroughly did allow me to be more present in the painful lessons, more intentional about the choices I made and gave me the knowingness that I would prevail…even when I simply wanted to run away to Scotland and become a barmaid (my running joke with friends).

Eighteen months ago, I received a series of herald calls which began to change the trajectory of my personal and professional life. In fact, I had the first herald call of this journey WHILE TEACHING THE HEROIC JOURNEY AND TALKING ABOUT THE HERALD CALLS IN OUR LIFE. To protect the privacy of others, I am not able to give specific details about that particular herald call without violating confidentiality, but I clearly and undoubtedly began to receive a series of options of how to choose the next life steps. Like most herald calls, it required me to transcend my greatest fears, some long-held beliefs and to take definitive steps in a new direction.

During the last eighteen months, by answering my own calls, a series of calls began in the lives of many of those in my sphere. We are all connected, much like the proverbial mobile hanging from the ceiling and most of my family and friends were supportive, some were confused, we all grieved and some struggled with choosing sides – all of which are common when one particular person is getting profound
   and lessons which were essential in my initiation time.

For those of you who have not been to one of the seminars, the word “heroic” can be a bit of a stretch. Heroic, in the Joseph Campbell framework, I believe is about finding our way home to our authentic self and an authentic life. Typically, that authenticity brings up issues of the soul, who we really are, what our purpose in life is about and the good that we can bring to others. It is typically about love and sacrifice, courage and transcendence, growth and surrender. As we move to finding who we really are, we are more able to make a positive impact on others (sometimes as mentors and allies and sometimes as perceived threshold guardians).

The journey to the authentic self also requires the death of the false self. Our false self is often the face we show the world. It can also be tangled up within our roles, status, job, labels, and comfort zone, even
 if that comfort zone is killing our spirit a little bit at a time. Moving from false self to authentic self also requires a stripping away of what we are no longer and it brings our tendency to cling to the old. The pain and grief it brings is real and profound, but within that suffering lies the transformation.

Love is about supporting and holding the space of growth and transformation, to help one another be the best people we can be. My partner/spouse of twenty years and I began to see that our paths were going in different directions and it would have dishonored life for either of us to remain on the other’s path. We tried for a very long time to remain married – committed to the institution of marriage. We worked hard for fifteen years of the twenty. In order for us to become the people we believe that God wanted us to be, we had to shut down the role of spouses and began to consciously and unconsciously hold the space of transformation for the other. Grief was profound at different times for us, yet all of the grief broke us down in ways that were essential in stripping us to our very core. The quote by Wayne Muller that has been featured many times in this newsletter is significant here: “Within the sorrow there is grace. When we come close to the things which break us down, we also touch the things which break us open and in that breaking open, we uncover our true nature.”

When my now ex and I decided to end our marriage, it was something we never thought we would do. We had stayed together at all costs, without being committed to the growth and healing and health of the other. The vows “in sickness and in health” can be perceived in other ways. What if the health meant that it was time to go separate ways?

 On December 31, 2009 – our final wedding   anniversary together- we held a divorce ceremony two weeks before our divorce was legally final. This may strike people as odd, but we had gone into this divorce with a level of intention that was significant. We needed no lawyers, no mediators, paid our $250.25 for the court costs and got the divorce with total agreement on settlement. The divorce ceremony was a way to revisit the sacred ceremony of marriage and we began by lighting one candle,      releasing one another from the sacred vows we had made many years prior, returned our wedding rings, read letters aloud of gratitudes we had for having been in relationship with one another. A trusted friend led the ceremony. We made new vows of how we would treat one another from that point forth. We blessed and anointed one another, lit our separate candles and blew out the main one and blessed one another to live the life we each desired. It was a profound ceremony. In retrospect, I wish we had included family and friends. We had no children, yet our family and friends didn’t have a way to honor the relationship and rejoice the new path without feeling conflicted.

Little did we know the additional impact of that ceremony. We had decided to live under the same roof until the house sold. From spouse to roommate (on separate floors) was a fairly easy transition with one being a road warrior.

 On January 17, 2011, one day shy of a year after the divorce was finalized, I moved into my own sanctuary. And on January 31, 2011, we closed on our home and the end of an era. The year in-between the sound of the gavel and the move was an initiation in every aspect. Stories I had told in seminars were about my “husband” and I publically had a concrete example of how my sense of self was changing from being wife to “who am I now?”

One of the challenges of the initiation was when my ex began to date. She ended up bringing a great gift to my ex. Although their relationship was short-lived, she connected my ex to a child he had given up for adoption forty-five years ago. He now has a beautiful new connection with his forty-six year old son and his wife. My ex also has three beautiful grandchildren and a sweet connection with the grateful adoptive parents. Since he had never sired another child after that high school experience, having a full family now is something that has given great joy. Seeing him fully alive for the first time in twenty years is a real joy. There has been some sadness that I will not be a part of it since I was not able to have children, but that is not to be.

While my ex was circling back around to forty-five years ago, I was circling back twenty-five years to reconnect with someone who had literally saved my life at that time. The meeting and another ending of that old relationship sent me into a deep initiation time which has transformed my life completely. The transformative pain burned away all that is no longer who I am. I no longer have an acrylic wall around my heart and am fully connected to heart and soul. Even in the grief, I was able to keep my heart  open this time and it made all the difference.

  As I begin the next journey of my life, I reflect over the lessons learned and the new lessons waiting. I am a very different person that I was two years ago and I see the trajectory of my new life. The old has been stripped away and the new comes like a newborn colt, still on wobbly legs. With the new journey beginning, I know I will resist at times, jump at other times and have periods of fear and doubt. It is all a part of the journey.
    
Courageous travels to all. Be who you really are and honor the life you have been given.

Melissa (Missy) Bradley, MS, NCC, BCETS, FAAETS is the founder of The Heroic Journal, is a resilience coach, clinical trainer and therapist in the Nashville, TN area.