Oh the wonderful advice many of us were given by our parents.  Don’t sit too close to the TV, take that bandage off your cut when you go to bed, don’t go swimming for at least 45 minutes after eating a meal, and for goodness sake stop cracking your knuckles or you will wind up with huge arthritic joints when you are older!

Turns out that sitting to close to the TV will not damage eyesight.  It might lead to a bit of eyestrain which could cause your eyes to become red, dry, and even a bit irritated, but that will usually go away in 20 or 30 minutes after you turn the television off.  Similarly, reading in low light conditions will not damage eyesight either.  I used to panic every time I found one of my three boys reading by flashlight buried under their covers late at night, now I just let them read!

Countless hours of swimming enjoyment have been lost because good intentioned parents won’t let their children go into the water for 30, 45, or even 60 minutes after eating a meal.  The fear is that if we go swimming after eating, much of our blood will be diverted from our muscles to our stomach to help with the digestion process and this could lead to stomach cramping and possible drowning.

I’ve searched the medical literature and have yet to come up with one single case of someone drowning or even having a near drowning experience because they went swimming after eating a meal.  The rule in our house now is, if you want to swim after eating a meal, go ahead!

Most people were told by their parents to take a bandage off a cut or scrape when they go to bed to let the wound “air out” or “breathe”.  This is actually something I told my children to do for many years, until I started researching health myths and misconceptions.  It turns out that wounds heal faster, sometimes 20 or 30 percent faster if you keep them covered!  Wounds that “air out” tend to develop scabs, which actually slows the healing process.  Wounds that are uncovered are also more 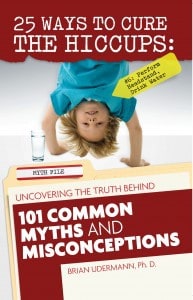 prone to getting localized infections, which can significantly delay the healing process.  With three boys in our house (they are currently 11, 9. And 7) I have tested this many times and have to say I fully agree with the research that has been published on the topic.  Kept covered, my kid’s cuts usually heal in 3 to 4 days, but when wounds aren’t covered and properly cared for, they often take 6 or 7 days to heal.

That leads us to knuckle cracking.  As annoying as it might be to parents, studies comparing “crackers” and “non-crackers” have shown that cracking your knuckles does not increase the likelihood that you will have arthritis in the joints of your fingers, or that they will be bigger when you get older.  Turns out the “crack” or “pop” you hear when you crack your knuckles is just tiny gas bubbles being released from your joint capsule.  Annoying … yes.  Dangerous … no.

It seems that many of the things we grew up believing are just not true.  For example, muscle will not turn to fat if you stop exercising.  Muscle and fat are two separate tissues and one never turns into or converts into the other.  Morning workouts do not elevate your metabolism more than afternoon or evening workouts, 500 calories burn at 5 am is the same a 500 calories burned at 5 pm.  So, if you have been getting up early and working out to scorch some extra calories, feel free to stay in bed and do it later in the day!  And finally, eating sugar does not make kids hyper.  Over a dozen scientific studies have shown that giving kids sugar does not increase their activity levels.  Some studies actually suggest that sugar may have a calming effect on children.  So, why the craziness at birthday parties and other social gatherings?  Experts say it is more a result of the atmosphere (a party with 10 of your best friends!) than anything the children do or do not eat.

These myths and many more are included in a new book titled “25 Ways to Cure the Hiccups: Uncovering The Truth Behind 101 Common Myths And Misconceptions” written by Dr. Brian Udermann.  Dr. Udermann is a professor in the Department of Exercise and Sport Science at the University of Wisconsin-La Crosse and frequently writes and speaks about health myths.  The book sells for $12.99 and can be found on amazon.com. 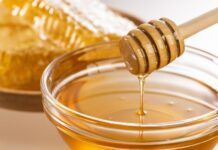 Science-Based Benefits for Why Honey Is Good for Your Hair 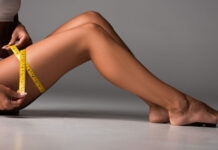 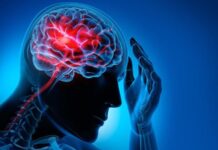 What Are Some Natural Adderall Alternatives?

How to Deal With Withdrawal: 7 Ways to Get Through Your...

How to Successfully Combat Migraines