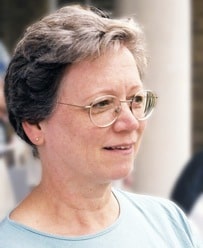 With almost half of all Americans now falling below the poverty line or considered low income based on the 2010 Census Bureau figures, formerly middle-class families are beginning to experience the reality behind the old stereotype of the “welfare queen”. According to Barbara Morrison, the truth is quite different. In her memoir, Innocent: Confessions of a Welfare Mother, she describes her experience when a failed marriage caused her to plummet from a prosperous middle-class life onto welfare. Part coming-of-age story and part immersion in a foreign culture, this book puts a human face on poverty.

“Poor people make an easy target for politicians who play on thenatural fears of middle-class workers,” Morrison says. She understands and sympathizes, but maintains that in spite of the rare case of welfare fraud repeated ad nauseum in the news, most welfare mothers work tirelessly to get off of public assistance. Morrison seeks to correct misconceptions about poverty and offers insight into these five myths:

* People choose to be poor. This insight was recently offered to Morrison by a woman who is supported by her wealthy husband. In contrast, Morrison herself and everyone she knew during her time on welfare worked desperately to get off of assistance. As her friend, Jill, sometimes cried in frustration, “How bad do your choices have to be before welfare seems like your best choice?”

* They should just get a job. As everyone knows, the job market today is tight, but even in boom times Morrison found it hard to find a job that actually paid enough to live on, much less pay for child care. She cites Barbara Ehrenreich’s seminal work Nickel and Dimed on the subject.

* People stay on welfare their whole lives. Morrison quotes the most recent report to Congress, which says that the average length of TANF assistance received by families in fiscal year 2006 was 35.4 months, slightly less than three years. Furthermore, those receiving assistance were 33.4 % White, 35.7% African American, and 26.1% Hispanic.

* Most people on welfare are drug addicts. This myth is prompting states to demand drug testing of anyone applying for or receiving public assistance, some even making them pay for the tests themselves. Yet a recent Florida study shows that only 2% of welfare mothers are on drugs, comparable to the general population. Even then, Morrison points out, condemning the children to starvation and homelessness is unworthy of us.

* They just sit around drinking coffee all day. Morrison’s memoir evokes the despair and hopelessness that can keep people sitting on the front stoop instead of working to improve their lives. She also aptly describes the endless work that being on welfare entails: spending whole days at the welfare office fighting over checks that had gone astray, patching clothes and darning socks to make them last longer, creating a vegetable garden to feed her children.

Morrison adds that people like to say that she pulled herself up by her bootstraps, but it wasn’t true. Many people reached out their hands to help her, and their help enabled her to become the successful engineer she is today. She treasures her experience of poverty, though, saying that welfare taught her to look beyond the stereotypes, to accept help when it’s offered, and to give with both hands.

B. Morrison is the author of Innocent: Confessions of a Welfare Mother (© 2011) and a poetry collection entitled Here at Least. She is currently working on a novel. Morrison leads writing workshops and is active in several writing organizations. Her work has won multiple awards and has been published in magazines such as The Sun, Sin Fronteras, Scribble, and Tiny Lights. Learn more at www.bmorrison.com

The Do’s and Don’ts of Sending Thank You Cards

How To Incorporate QR Codes in Your Product Design

Add Some Eye Candy to Your Garden This Fall with Spring...