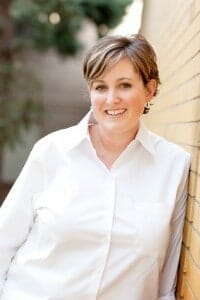 This may sound a little strange…but I’ve had two lives.

My first life was pretty typical:  House in the ‘burbs, nice husband who was pretty easy on the eyes, three kids I was sometimes tempted to put out on the driveway with a sign that said “free to a good home” but who were overall pretty good.

My second life started in July of 2007 when I suddenly became the “it could be worse” person of my social circle.  You know…that girl who, when you’re having a bad day, you think, “At least I’m not her!”

Not really who I wanted to be in my early 30s.

I became that person because my husband was in an accident on his way to work and died a few days later, leaving me to raise three small children on my own.

That’s right.  At the ripe old age of 31, I became a widow and the most “single” single mother I know.

The year that followed was a complete blur of what I now like to call “manic confusion.”  I seemed determined to prove all of the experts wrong when they said “time would heal.”  I didn’t have time for time to heal.  I wanted to get my life back on track, find a new career, go back to school, sell a house, buy a new one, get my body in decathlon shape, and get my 3 kids under 5 into Harvard.  And it all needed to happen yesterday.

I’m not wild about the word “denial” but that’s the closest thing I can think of to describing it.

When I finally came up for air and slowed down enough to digest that this was really my life, I started looking for someone like me who might understand my brand of crazy.  And you know what I found?

A big, fat NOTHING.

In my quest to find people who might understand what it’s like to date when you’re an emotional wreck and why it’s perfectly normal to let loose on unsuspecting strangers at Wal-Mart…I became that person for everyone else.  I started writing a blog under the name “Widow Chick” on subjects like “are you’re still ‘in-lawed’ with your in-laws” and “becoming your own superhero when you learn how to start your snow blower and mow your own lawn since there’s no one else around to do it.”

So, in January of 2011, I launched the first free peer support network dedicated to anyone who has lost a significant other called www.theWiddahood.com.  The best way I can describe it is that it’s kind of like a Facebook for widows.  They can instant message, blog, form discussion groups and all kinds of stuff.  But the best part about it is that they can do a location search, look at someone’s profile to see what they have in common…and finally find each other.

Four years ago, I would have said there was no way I could be the kind of person who could pick up a life that had been so completely broken and glue it back together again.  But you know what?  We’re all a lot stronger than we think we are.  If you get nothing else from this story, just remember this:  You never know where life is going to take you and it can change any second.  How you deal with it is completely within your control.

And you should always have enough wine on hand to do a little soul-searching when you need it.