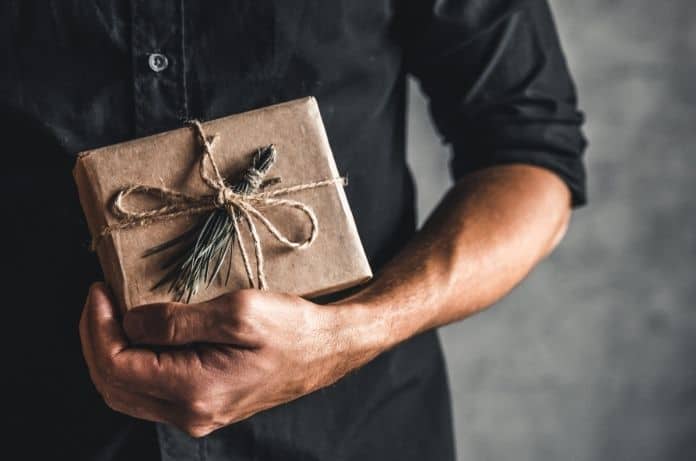 Gift giving can be so difficult. You want to give something your husband or boyfriend will truly appreciate, but he’s not giving any hints. Here are some tips on how to choose a great gift for your man.

Get Him Something Useful

If your partner is one of those guys with a wallet bulging so badly that it threatens to burst out of his back pocket, find a new way for him to organize his ID, credit cards, and cash. A new wallet that includes security features that protect cards from RFID and NFC detection, coupled with a small backpack to carry all the other stuff he tries to cram into his wallet and his pockets might work. Get him something he needs but wouldn’t buy himself. Odds are when he tries on new pants that don’t look like sweatpants, but feel like them, he’ll be loath to take them off. If his running shoes are falling apart, sneak a look at the brand and the size and get him a replacement pair.

Lean into His Obsessions

Don’t fight your man’s devotion to his favorite team, video game, movie franchise, or collectible. Hints are all over the house. If he loves music, try giving tickets to his favorite band’s exclusive online concert. If he thinks of himself as a gourmet grill master, get him a new set of luxury grill utensils. If he’s always holding forth on the merits of one type of rare liquor over another one, buy him a nice bottle of “his” brand. Give in to his golf habit with an indoor putting practice set. Whatever he spends every spare minute doing, that’s your clue.

Here’s an Idea – Ask Him What He Wants

Guys don’t put as much value into a big surprise or a gift meant to convey a message—he might just want a new game console, electric shaver, or warm beanie hat. He’ll be happy when he gets it, even if it isn’t a surprise.

If your guy is one of those frustrating types who says, “oh, you don’t have to get me anything” or “whatever you get, I’m sure I’ll love it,” then you’ll have to do some more detective work to find out what he needs. Ask his family and friends what they think he’d like. He’s probably told them more than he’s told you, because to them it’s just chit-chat, and they’re all looking to you to get him what he really wants. But his parents and siblings have known him a lot longer than you, so their collective experience might be just the roadmap you need toward choosing great gift for the guy in your life.