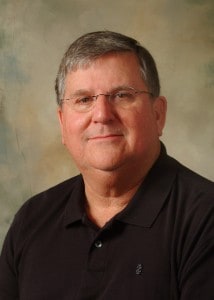 The story actually begins in the late 1950’s. Two kids finding each other in the fifth grade in small town Oklahoma. Quickly discovering we were somehow very special to each other and getting married at the age of twenty.

The years we had together, the good times and the bad, were just a prelude to the final fight we would face.

On December 3, 2008 I had just finished feeding my cattle. I called home to see if Susan needed anything from town before I came home. She had left for a visit with her doctor just before I went to feed. When my wife of thirty-eight years answered the phone I immediately knew something was wrong.

“What did the doctor have to say?”

“He said he thinks I have cancer.”

For the next seven months we fought the fight of our lives. On June 19, 2009 we were told the fight had been won. My wife had beaten the monster – she was cancer free. Her pain, however, was relentless. Another month of battling the constant pain resulted in a request for a PET scan. Two days after the PET scan I received a call from my wife’s oncologist.

“Your wife has two weeks to live.”

For twenty-four more days I loved and cared for my soul mate, the love of my life. I held her hand, I made promises, and I watched her life slip away. On August 16, 2009, my wife lost her life to the cancer that ravaged her body. On that day, at the age of sixty, I believed my life died too.

I didn’t have time to worry about me. I had to find the courage to get my boys through the devastation created by the loss of their mom – especially Willie, my Down Syndrome son. I did this stoically at day in the presence of my kids and emotionally at night, when I was alone with my thoughts and fears.

I spent the days smiling a fake smile and acting busy. Pretending it was business as usual. At first, nights were spent sleepless – listening to a deafening quiet that screamed at me. Shortly, they were spent writing I Said “I Will.” Keeping a promise I made as I sat holding my wife’s hand at Death’s door.

Stoic days, emotional nights, and writing went on for nine months. With the book finished, I had no sense of purpose. My life was now empty except for the times I spent with my kids and grandbabies. The fake smiles continued. Time at work increased. Healing inched its way down a long road.

In January of 2011, seventeen months after the loss of my wife, I Said “I Will” was published. My granddaughters would know their Grandma Susan. I would again flounder in the sea of life.

Shortly after I Said “I Will” was published, I was contacted by a family friend I hadn’t heard from for almost thirty years. Night after night we talked about the past and caught each other up on happenings in our lives for the last three decades. I suspect few others had heard any of these words from either of us before.

For me it was the type of companionship I had needed ever since losing Susan. Someone who had traveled down at least as many of the rocky roads of life as I had. Someone who understood what it meant to love infinitely and to mourn deeply. Her name is Janet and she will always hold a special place in my heart.

Janet made me realize there was still life out there. The nights we spent talking helped me to understand that I really did want to live again, to laugh again – to love again. Still, I couldn’t turn loose of my past or the love of my life.

My Down Syndrome son’s grief counselor asked me one day, “If you had been the one that died from cancer would you have wanted Susan to go on with her life? To be happy? To enjoy living?”

“Then what do you think she would want you to do?”

With the almost nightly discussions with Janet continuing and the question “what would Susan want you to do” ringing in my ears, the unexpected happened.

When I told one of my sons about my feelings for Rhonda, I was surprised by his response.

“Dad, I’m happy for you. When mom was so sick, she told me to take care of you and to make sure you found someone.”

To me, that was the final approval.

To any married person who reads this article I would say: It’s likely that either you or your spouse will find yourself alone in this world someday. Sit down and have the discussion. Give your partner your permission to go on with life now. Don’t wait until it’s too late.

About the author: Jerry Wollaston, owner of Fox Hollow Consultants, Inc., is an environmental consultant with a degree in Chemistry from Southeastern Oklahoma State University. He is a proud parent and grandparent, the father of a Down syndrome child and he served on the Board of Directors for Oklahoma Special Olympics for 13 years.

About the book: In I Said “I Will”, author Jerry Wollaston takes us on a journey through his life and how he found love, commitment and family with his soul mate. A love letter written for his wife to his granddaughters, it’s the story of one couple’s ability to stand together through Down’s syndrome, DES and cancer. I Said “I Will” is available in both paperback and hardback from amazon.com and barnesandnoble.com.

Bashing Your Ex is Bad News for Your Children