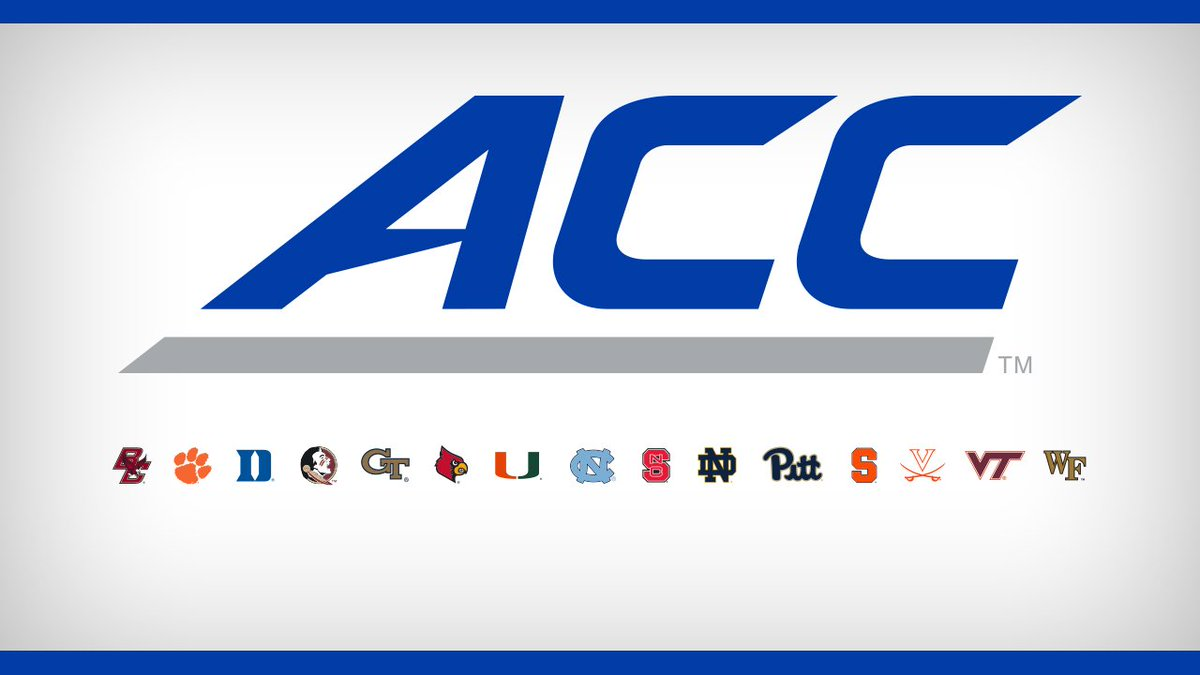 The Atlantic Coast Conference is tough. It’s a simple statement, but it’s true. After losing to Clemson and the 104th ranked Miami in back-to-back tournament matches, the Panthers are out … and there just isn’t space for them in the Big Dance. Duke also came up short, despite finishing strong by beating both Louisville and BCU.

At the moment, TeamRankings has Pitt ranked at No. 76. Meanwhile, the ACC competition rankings are as follows:

The highest seeds in March Madness we see out of the ACC are with the Florida State Seminoles and Virginia Cavaliers. The Noles got a No. 4 seed in the Eastern region. CBS Sports’ most recent projection has the ‘Noles moving past UNCG to face No. 5 Colorado and eventually LSU and then the No. 2 Alabama in the Elite 8.

But before that happens, the FSU Seminoles need to get past the UNC Greensboro Spartans. Odds show that FSU is expected to win by 11 points.

The Virginia Cavaliers also enter at No. 4. And using the same bracket projection, we should see them get past the Ohio Bobcats and UC Santa Barbara. What is interesting here is Garry Parrish, college round-ball pundit for CBS has UCSB defeating the Cavs to take a crack at Gonzaga. Against Ohio, the Cavaliers are 7.5-point favorites, which makes sense since the Cavs score 68.6 points per game on average and hold teams to 60.5 per game. That said, Ohio drops 80.4 per game, so will UVA really hold them to the low 60’s? We’ll have to wait and see. Regardless of the point spread, I don’t see Ohio beating Virginia over the weekend.

The Clemson Tigers made the dance with a berth at No.7.  They face Rutgers and come in as slight favorites of just a point and a half. This should be another close game that could go either way, yet I think Rutgers will get the better of Clemson due to better rebounding, significantly better turnover percentage, and a couple more blocks and steals each per game.

North Carolina will do battle with Wisconsin on Friday 19th evening. The Tarheels are 1.5-point favorites over the Badgers, and I agree with the spread. The No. 9 Wisconsin team is going to play tough. This one could go either way. That said, I have a feeling that the Tarheels pass Wisky in their first-round matchup.

Georgia Tech got a nine seed and face a super scrappy Loyola team. This matchup favors Loyola, and I’m sorry to say, Jackets fans, I don’t think they get past the small Chicago school.

Virginia Tech is set to take on No. 7 Florida, and I actually think the Gators will take the upset loss and be one of the first Top 7 seeds out. The point spread is set at just 1 point, with the Hokies as tiny dogs. However, matchup-wise, I think this match favors VT, and the Hokies get a solid win over Florida.

The Syracuse Orange are set as underdogs against San Diego State on Friday 19th night. We might see an upset here. The No. 6 SDSU squad isn’t as used to high-profile games as Syracuse, which will come as an advantage to the Orange. Despite the odds and seeding, I think Syracuse moves on to play against West Virginia in the Round of 32.

ACC schools that should advance are the Syracuse Orange, the VT Hokies, the UNC Tarheels, the UVA Cavs, and the Florida State Seminoles.