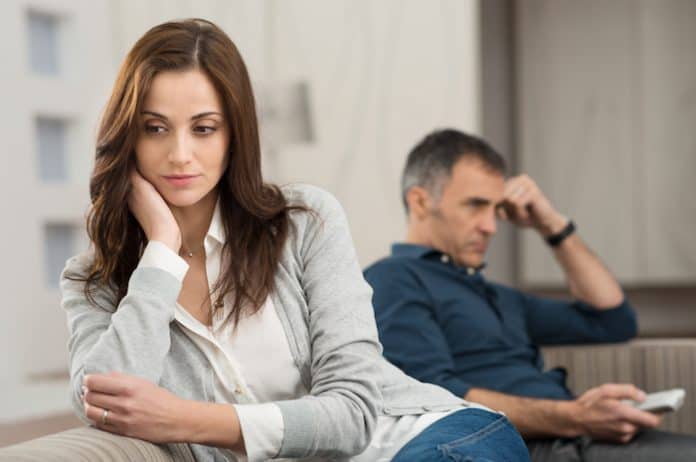 No one goes into a marriage planning for a divorce, but it often becomes the unfortunate reality. For example, the estimated lifetime divorce rate is anywhere from 42 to 45%. The United States also has the 14th highest divorce rate of any country.

Marriage does take work, as it’s often pointed out. Sometimes proactively being able to spot red flags and work on rebuilding can help you salvage a relationship even if the odds are seemingly stacked against you.

The following are some red flags that your marriage could be headed for divorce, especially if you don’t take action.

Fighting Too Much—Or Too Little

If you’re a couple that’s constantly bickering, it can be a red flag. If you can’t seem to get along even when it comes to little things, it’s much harder to weather life’s storms together. Sometimes people bicker about seemingly unimportant things because they have deep-seated resentment towards one another.

With little fights about unimportant things, it may be that you’re acting out on more serious problems, but you’re not willing or able to discuss the real root of the problem.

On the other end of the spectrum, if you never fight or disagree about anything, that can also be a red flag. That can mean that neither of you cares enough about the relationship to fight, or you’ve reached a point of indifference.

A communication breakdown can look different ways in different relationships. One example is that you aren’t communicating. Maybe you’re just sharing need-to-know information on a day-to-day basis, but you’re not really talking about things.

Another breakdown can occur if rather than having discussions about difficult topics, one or both of you just tries to avoid the situation. For example, if you try to bring something up that’s bothering you and your spouse retreats, it’s a communication breakdown.

Conflicts are a healthy part of relationships if they’re resolved in a healthy way. When you’re not able to work on conflict resolution or not willing to, it’s a red flag your relationships could be heading toward an endpoint.

Other People Are a Priority

When you’re in a long-term, committed relationship, that person doesn’t have to be your everything, but they should be a priority. When other people become a priority, it could symbolize a problem is occurring.

For example, maybe you’re putting more focus on your relationship with a friend or sibling than with your spouse. Maybe you’re spending too much time thinking about their life, how you can help them, and their problems, but you’re not putting any time into your spouse.

You may find yourself giving so much of yourself to other people and putting others first, and then your relationship ultimately suffers as a result.

It’s so difficult to maintain a sexual relationship as your life progresses. There are kids, work commitments, and so many other things that can get in the way if you let them, but if your relationship has gotten to a point where there’s no physical connection, it can be a serious problem.

You may be justifying it, but at the end of the day, if you’re not facing that it’s a problem, and having the difficult conversations, you’re not going to be able to work through it.

Of course, it’s fine for married people to have different hobbies and interests, but if you’re spending all of your free time separately and that’s what one or both of you enjoys, it’s a red flag. You should share at least some common activities, hobbies or goals with one another because sharing those things is an important part of a healthy relationship foundation.

If you do spend time together and it feels forced or you dread it, evaluate why that is.

Luckily this is something that if you’re willing to and you want to, you can pretty easily work on together. Find things that both of you enjoy doing and try to carve out a set time for them every week.

It doesn’t have to be anything too complex—just cooking a meal together or sharing a television show can be a good starting place.