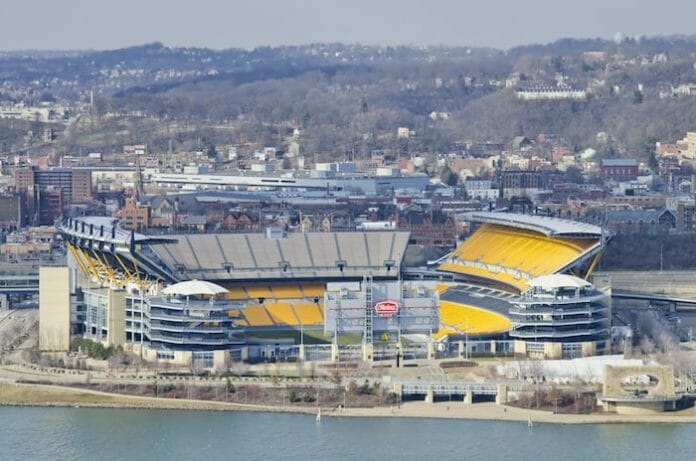 The NFL off-season and draft process is unique in many ways, because for many fans it is almost more interesting than the games themselves.

This is because the business of football is so complex that it creates storylines and subplots galore, as franchises jostle to build rosters that are in with a shout of being mentioned at the top of betting lines.

Pittsburgh’s beloved Steelers are no different and have already been busy signing veteran quarterback Ben Roethlisberger to a new one-year contract, whose reduced terms give Mike Tomlin extra leeway to bring in new blood during the off-season.

This means Steelers fans with Roethlisberger jerseys can hold onto them a little while longer and wear them with pride on game day.

Vince Williams was always going to go down as a Steelers legend. Over the space of eight glorious seasons in Pittsburgh the linebacker could always be counted on by sports bettors to make tons of tackles.

This is evidenced in his stats, which show he registered an incredible 479 tackles as well as 20+ sacks during his time in Pittsburgh.

Ultimately it was always an odds-on likelihood that Williams was going to be cut by the Steelers this season as they crimped and scraped to comply with the salary cap. It will be a huge loss for the Steelers’ dressing room, as such big reliable characters are tough to replace at the best of times. It may even impact their NFL betting odds because it will be hard to fill the gap Williams leaves in the defensive line.

At the age of just 31, Williams still has a few prime years left in him and any team that picks him up before the start of the season will find he has the ability to help them beat the odds-on match day.

Another defensive stalwart, Alualu announced he was moving back to Jacksonville, after a two-year spell with the Steelers.

Just as Williams will be a tough man to replace at Heinz Field, this defensive tackle will be similarly tricky to substitute, because Alualu was a shining light in the Steelers’ defensive line last season.

It is hard to imagine Alualu making enough of an impact in Jacksonville to turn that ailing franchise around, which is what makes his departure from Pittsburgh all the more galling for Steelers fans.

Jags fans would disagree of course, especially seeing as they have just signed cornerback Shaquill Griffin.

Talking of cornerbacks, Mike Hilton is another name that will not appear on the Steelers’ roster next term, with the Bengals snapping up the dynamic defenseman.

What makes this trade a particularly tough one for Steelers’ fans to stomach is that it will play a part in their divisional rivals becoming a genuine force in the AFC North, especially seeing as Joe Burrow is expected to return better than ever for the new season.

Hilton can hardly be blamed for wanting to be part of such an exciting NFL project.

While the majority of the players leaving Pittsburgh for greener pastures are defensemen, there is also a major talent from the offensive line who will more than likely be plying his trade elsewhere next season.

That man is wide receiver JuJu Smith-Schuster, who will not be short of suitors when free agency gets underway.

There are any number of franchises that will be glad to add him to their rosters, buoyed by the fact he has racked up 308 receptions in just 4 seasons.

Thankfully Pittsburgh has a wealth of available talent in the wide receiver position, and Smith-Schuster’s departure should not be quite as detrimental as some of the others on this list.