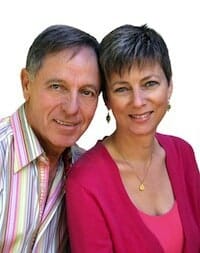 It was still cool at 6:30 in the morning as we strolled barefoot with Susan down Costa Rica’s Manuel Antonio beach. We were in the midst of one of our Costa Rican Self Discovery Adventures that we hold each winter. People come from all over the world to join us and use it as a time to get away from the normal routine of one’s life and relax. It is opportunity to look at the mechanics of your life in a gentle, lush environment without judging what you discover; a time to play and let your life unfold.

On this particular morning, Susan was talking with us about her relationships or more accurately put, her lack of one. We have known Susan for years and she is such a lovely woman. Perhaps you know her or know someone just like her… She is a mover and shaker at work, well respected in her field, someone who people admire. Early 40’s she is pretty, slim, personable, smart, humble, and absolutely adores baseball. In short, she is a dream gal for most any man.

And yet, over the years we have known her, Susan has not had much luck in relationship. Traditionally she falls head over heals for a guy and eventually, after several months or occasionally a year or two, the relationship ends. Gradually Susan had stopped telling people when she really liked someone. It became embarrassing for her to admit when “things didn’t work out” and yet another one was over.

We asked her what was happening with dating. Grimacing, she replied, “I am taking a break. I just don’t see the point. I never have trouble attracting guys – it just never lasts. Something must be wrong with me.”

Discarding the idea that there was something “wrong” with her, we looked at her approach to dating. We encouraged her to take a transformational, anthropological approach – like a scientist, observing a culture of one – herself, looking non-judgmentally, with awareness. When you do this, the best place to start is where you are. Exactly where you are – in this moment.

“How are you approaching things right now?” we asked her. “Start to bring awareness to this moment, this instant, not someday.”

As we looked at her life in that moment, it became obvious that in her attempt to fix her “problem,” set things in order and make for a better future, Susan missed so much — The caress of the breeze as it tousled her hair, the sand between her toes, the steady lap of the surf.

As we conversed, it became apparent that Susan was rarely simply present to where she was. She was habitually driving forward for some desired result that was supposed to make her happy or fulfilled or better — in the future. It became apparent even in how she approached the conversation. For Susan it was a challenge simply to walk with us. She was so accomplished at thinking and strategizing that she kept losing sight of where she was. She missed the lovely shells, the sea foam and the way her muscles moved as she walked. She either charged ahead or got lost in thought and barely moved at all.

We asked her if she had ever dated more than one person at a time. She looked surprised by the question, as if we were suggesting that she was somehow “loose” or unwholesome. So we explained: “Do you ever meet one fellow for lunch on Tuesday and another for a movie on Friday night, etc. so that you can see who might really work for you before you jump ahead into a relationship? Sheepishly, she said “No.” That was when we suddenly realized that Susan had never actually “dated”. Instead, she automatically married: as soon as she went out with someone, she was trying to make him “the one.” Somewhere in the back of her mind he was already her mate – the perfect relationship.

We encouraged her to keep relaxing into herself and into her body for the next few days and forget about getting ahead. Let go of her plans to date or to not. Just be there and have fun.

Two days later during the course, Susan piped up with excitement about her first boogie boarding experience. As she spoke, we looked around and Ralf was beaming. Ralf is an actor who is gay and married. Due to their work schedules, he and his spouse had to come to separate courses, so he was there by himself. He is accomplished at riding waves and Susan had asked him to teach her. Here is what she said:

“I asked Ralf to teach me to boogie board because it looked like so much fun and it was obvious that he was really good at it. At lunch we went to the beach and waded out into the water. Although I was nervous, he made it OK. I hugged the board and the next thing I knew, the wave was coming. As I stood there, I realized that this was the one – the one where I could finally learn to boogie board. Much sooner than I expect Ralf said, “Jump” and I did. I made it all the way into shore! It was great.”

Ralf grinned, “Susan really listened! She timed it perfectly and caught the wave.”

Both Susan and Ralf were so happy. He felt smart, listened to and empowered and so did she. That was when the realization hit us. This was Susan’s first date. It was the first time she had ever “gone out” with a man without the mental computer casting forward to possible futures. She was simply being there enjoying the moment.

We realized that if Susan could bring that type of engagement to going on actual dates, where she was there simply to have fun and have that experience be complete in and of itself – not leading anywhere other than this moment, her life would transform. All it would take now is awareness. She habitually plans for the future. With awareness, Susan can now suspend that habit and be there. Who knows what will happen for her now – Having fun is a pretty powerful way to start any serious relationship.

Since 1987, internationally acclaimed authors, seminar leaders, and business consultants Ariel and Shya Kane have acted as guides, leading people through the swamp of the mind into the clarity and brilliance of the moment. To find out more about the Kanes and their Transformational Community or to sign up to join their email newsletter, The Excellence Club: Having It All, visit their website at: www.TransformationMadeEasy.com.