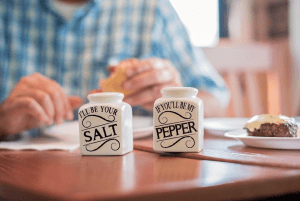 arenting is as challenging as it is fulfilling, with parents needing to address a host of concerns on a day-to-day basis. In some cases, just getting your children to live a healthy lifestyle can be quite tricky. It is particularly important for parents to monitor what their children consume.

It is well documented that parents should watch how much sugar their children eat, but you should also be keeping an eye on your child’s salt intake, as high sodium consumption levels is fast becoming a health concern.

The US Food and Drug Administration stated that children and adolescents are eating too much salt, with kids 6–10 years old consuming around 2,900 mg per day, and teens aged between 14 and 18, approximately 3,700 mg daily. The recommended limits for children, however, are as follows only:

Too Much Sodium is Bad for Overall Health

You should be monitoring your child’s salt intake because too much sodium is bad for their health. The American Heart Association infographic ‘Effects of Excess Sodium’ shows the adverse effects of consuming too much salt. In a nutshell, if you have ingested too much salt you run the risk of acquiring the following conditions:

Additionally, excess salt causes the body to retain more water, which in turn affects physical appearance. Those with too much sodium in their bodies usually look puffy and bloated, and are more vulnerable in terms of gaining weight. 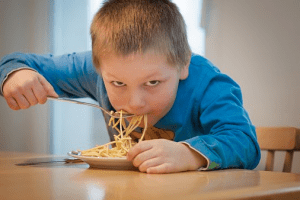 Keeping your child’s salt intake in check is not as simple as placing the salt shaker out of reach. Instead, parents should make sure they carefully monitoring what their child eats every day, since most of the food available to children contains more salt than you would think. In fact, the Centers of Disease Control and Prevention in its ‘Reducing Sodium in Children’s Diets’ article claims that every meal and snack that a child eats contains sodium at varying levels.

The CDC states that food commonly eaten by children such as pizza, bread and rolls, cold cuts and cured meats, sandwiches, chips, cheese, nuggets, pasta dishes, tacos, and soup all have high levels of salt in them. Even worse, processed food and restaurant food is also generally high in sodium, which is extremely problematic for parents because more and more children now prefer to eat this way.

A Shortage of Salt Is Just as Bad

This doesn’t mean that salt should be avoided at all cost though. According to a Health IQ article written by Alexandra Marshall, a diet that contains very little salt can have adverse effects, too, because it can disrupt hormone levels. Having too little salt in the body also hinders how cells absorb water, which then causes them to swell up. More significantly, though, what are these findings from Health IQ’s research, which Marshall outlines in her article?

• A low-sodium diet (less than 3 grams per day) increases the body’s susceptibility to major cardiac events, compared to those with moderate salt intake
• A low-salt diet increases insulin resistance, which is a primary cause of obesity, diabetes, and metabolic syndrome
• Low salt levels cause dangerous fluid imbalances in the body

As previously explained, too much or too little salt can be detrimental to a child’s overall wellbeing, and it is up to the parents, to make sure that their child gets the right balance in their diet.

Martin Domingo is a nutritionist who writes about important issues in modern eating habits. Outside of writing about eating habits, he loves to travel and discover new cuisines and restaurants. He’s a doting father of two young daughters.