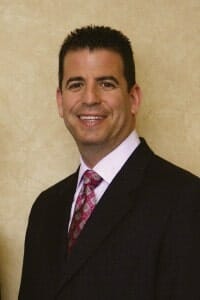 Have you ever noticed that the words listen and silent are spelled with the same letters?  Perhaps this is no accident, because in many ways, they mean the same thing.  Have you ever talked to someone and walked away feeling enriched because they were such a good listener, even if they were a complete stranger?  This talent is what accounts for some of the best psychologists in the world—and some of the best salespeople.  Interestingly, the ability to listen is also the trait most people refer to in a great relationship partner or leader.

My own understanding of the power of listening came about many years ago, when I was just starting out as a financial advisor.  One of the initial appointments that I’d have with any new perspective client is what we call a fact-finding session.  The idea is that you’re there simply to get information and gather data like their date of birth, place of work, the kind of house they lived in, income, assets, and so on.

One day, I was getting out of my car and about to walk into a potential client’s house.  I was way behind on my bills, and my mind was going on and on about how much I needed to make a sale.  Desperation poured out of me as I caught my reflection in the car window.   I stopped, looked hard at that reflection and said to myself, “Who would want to buy anything from you?  Look at how desperate you look!”

I thought of the successful people in my office and realized that to some extent, they all had a confidence about themselves that I sorely lacked.  And so I decided in that moment that I needed to drop my desperate, needy attitude and walk into this prospect’s house with the confidence of someone who didn’t want anything.

I took one last look at my reflection and saw that I had taken on an air of serenity, and that’s when I began to realize that I really didn’t need anything, that deep down there was nothing for me to get.  I dropped my need to make a sale. I became still and quiet.

I soon began to approach more of my clients this way, just focusing on listening to them, without any desire or expectation for myself personally.  And to my amazement, my meetings really started to transform and my success as a financial advisor grew exponentially.

Once I arrived for an appointment with a doctor client when he had just gotten home from work. He’d had a bad day, got home late, and was running around trying to get ready for me. He and his wife were frazzled, and their eight-year-old daughter was bouncing off the walls, happy to have her parents home and craving their attention.

I don’t even remember what we spoke about; I mostly just listened to them. But within ten minutes, the doctor’s daughter fell asleep on her mother’s lap, and the mother leaned back in her chair. The doctor loosened his tie, his breathing calmed, and the frenzied atmosphere in the room relaxed. He turned to me at the end of the appointment and said I must have hypnotized his family. Half joking, he asked me if I could come and do the same thing at 5 p.m. every day!

Have some faith that the Universe has brought you and the other person together for a more important reason than what you can get out of it in the moment.  And if that’s true, the only way we are going to see that purpose and reason is to become silent and truly listen to the other person, and see what happens next. And silence doesn’t only mean refraining from speaking.  It also means quieting the ongoing dialogue in our head—the mental noise—so that we can really focus on another person and what they’re communicating to us.

The first thing that people often say to this is, “If I’m not looking out for myself, I’m going to get walked all over!”  Many people assume that if they come from a position that isn’t fixed, they’re going to get taken advantage of.  But I’ve actually found the opposite to be true, because when another person isn’t met with resistance, they then begin to back down from their fixed positions, which creates a space for something new to occur.

Give your attention completely to another person–and see what happens. When you’re in that space, you’ll know exactly what decision to make when it comes to your relationships, and your business.   Unfortunately, too many of us spend our whole lives waiting to get something from the world so that we can show up as the person we always knew we could be.  Deep in our hearts we think there’s something missing.  But when we flip that mindset, we can discover that by becoming a giver rather than a taker, we can become agents for change in the world.

Adapted from Beyond Success: Redefining the Meaning of Prosperity – © 2009 Jeffrey L. Gitterman – All rights reserved – Published by AMACOM Books – A Division of the American Management Association – www.amacombooks.org.

Jeff Gitterman is an award winning financial advisor and the founder and CEO of Gitterman & Associates Wealth Management, LLC. www.gawmllc.com.  He is also the co-founder of Beyond Success, www.BeyondSuccessConsulting.com, a consulting firm that brings more holistic values to the world of business and finance.  His first book, Beyond Success: Redefining the Meaning of Prosperity, was recently published by AMACOM, the publishing house of the American Management Association.

Over the past several years, Jeff has been featured in Money Magazine, CNN, Financial Advisor, London Glossy Magazine, and New Jersey Business Journal, among others.  In 2004, he was honored by Fortune Small Business Magazine as One of Our Nation’s Best Bosses.  He also serves as chairman of the advisory board to the Autism Center of New Jersey Medical School.