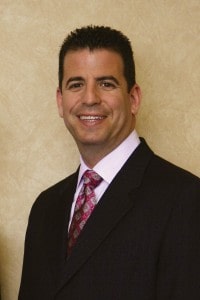 I recently read an article about Max Planck, who won a Nobel Prize for his work with atoms.  After years of study and research, Planck eventually said that he could only know one thing—that some invisible force holds together energy to create this minute solar system, and he must assume, based on his research, that some higher intelligence is behind this force.

Quantum physicists today will often tell us the same thing, sometimes in rather mind-twisting statements, but these ideas are not just the esoteric territory of the scientific fringe, as many scientists have believed that the world can be understood in terms of energy for some time. In 1632, Galileo published A Dialogue Concerning Two Chief World Systems, which included his principle of relativity, which states that the fundamental laws of physics are universal in all fixed situations.  Others, such as Isaac Newton and Albert Einstein, continued to build on the work of Galileo, which eventually led to the discovery of Einstein’s famous theory of relativity in 1905. E=mc2 states that energy equals mass times the speed of light squared, and that energy and mass are transmutable.

The idea that everything in this world is made of energy is also something that has been known to spiritual mystics for millennia, particularly in the Eastern traditions. Over the past thirty years, as we’ve seen a greater synthesis of Eastern and Western thought, many ancient teachings of the East have gained a wider acceptance in the West, especially as science has begun to validate some of these key spiritual insights.

According to many Eastern systems, our minds are the greatest obstacle to better understanding the world and connecting to the larger energetic system that surrounds us.  If we take a moment and look within, most of us will notice a voice inside our heads that is talking so fast we can barely concentrate on anything.  Sometimes I ask people in my seminars to give me an image that describes this. “A six-lane highway,” one person said. “An endless to-do list,” said another.  Other images include an orchestra without a conductor or a traffic jam at a busy intersection. Almost without exception, people come up with images that represent chaos, confusion, fragmentation and lack of integration.  In this day and age, when our minds are bombarded with so many distractions, it’s no wonder we can’t keep still.

Generally speaking, there are two ways our minds work. If we have a project or task to solve, we can engage our mind to help us accomplish our goals. A scientist figuring out a lab experiment, a mathematician working out a complex equation, and a writer creating a novel are all utilizing the mind in this way. When we engage our minds in problem solving, our minds are working for us.

All too often though, we aren’t engaging our minds productively.  Rather, our minds are engaging us—running around in multiple directions, depleting our energy and not really accomplishing anything.  It’s just trying to keep us hooked—on it. When we lose our attention to the endless stream of thoughts that continually run through our heads, we’re no longer using our minds—rather, our minds are using us.

The first step in learning to harness the power of our attention is to become aware of how it moves.  To do this, we need to find a way to disengage from the endless stream of thoughts that preoccupy us.  This is one of the fundamental reasons people practice meditation, in all its many forms.

When I use the term meditation, I don’t necessarily mean sitting cross-legged on a cushion, but rather participating in any deliberate activity that teaches you to disengage from a compulsive relationship to the stream of thought.  There are numerous books that have been written over the years on the subject of meditation and how to disengage from the thinking mind or, more simply put, how to stop listening to the voice inside your head.  It’s important that you find a method that works best for you.

The benefit of learning how to disengage our attention from our thought stream is that we can then apply our minds more readily towards constructive things, such as completing goals and connecting with other people.  It creates space within us—an opening that allows more energy to flow into us.  In this seemingly paradoxical way, having more space in our minds allows us to accomplish more and more things in the world.

Adapted from Beyond Success: Redefining the Meaning of Prosperity

All rights reserved – A Division of the American Management Association.

Jeffrey Gitterman is an award winning financial advisor and the founder and CEO of Gitterman & Associates Wealth Management, LLC. www.gawmllc.com.  He is also the co-founder of Beyond Success, www.BeyondSuccessConsulting.com, a consulting firm that brings more holistic values to the world of business and finance.  His first book, Beyond Success: Redefining the Meaning of Prosperity, was recently published by AMACOM. In 2004, Jeff was honored by Fortune Small Business Magazine as “One of Our Nation’s Best Bosses.”  He also serves as chairman of the advisory board to the Autism Center of New Jersey Medical School, an organization that raises significant monies each year for autism research and support services.