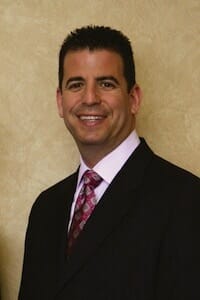 The phrase “World Wide Web” literally conjures up an image of a spider web made up of six billion lines connecting all the people on the planet.  During our lifetime, this amazing technology has emerged and can be seen as an outward manifestation of the idea that we are all one large system.  Although spiritual mystics have told us for millennia that we are all One, it does seem that science and technology are starting to confirm this insight.  Just a decade or two ago, it would have been much harder to describe this notion to people without it seeming abstract.

Albert Einstein once wrote, “A human being is part of a whole, called by us the Universe.  He experiences himself, his thoughts and feelings, as something separated from the rest; a kind of optical delusion of his consciousness.  Our task must be to free ourselves from this prison by widening our circles of compassion to embrace all living creatures and the whole of nature in its beauty.”

It helps to know that we are not alone.  I think these days, more and more people are realizing this, and again, the Internet is playing a big part.  Just a few years ago, someone with a particular niche interest or an unusual problem might have felt isolated, not knowing where to turn or who to talk to.  But today, there are chat rooms on every conceivable subject, where like minds can connect and discover their sameness throughout all corners of the globe.

We all need connection as human beings, and the broader our circles of connectedness, the more purposeful and meaningful our own lives become.  As we widen our circles of attention, we simultaneously become aware of the impact that we can have, even if we are just one in six billion, one tiny node in the infinite web of humankind.

Just as the Internet makes a great analogy for describing the interconnectedness of billions of people, it is also a great example of the potential impact of one ordinary individual.  Have you ever heard of Vint Cerf?   I certainly hadn’t until I read about him in the back pages of Esquire magazine, but he impacts our lives every day, because Cerf is the man credited with being the “father of the Internet.”  An American computer scientist, he developed the language that computers use to communicate over the Net (technically known as TCP/IP protocols.)

What I find fascinating about Cerf (who insists that the fact that his name is pronounced “surf” is just an interesting coincidence) is that he comes across as such an unassuming, ordinary man.  Most people may not know his name, yet his invention touches the lives of billions of people every day.  What I like about Cerf’s example is that it points to the impact one individual can have, and the kind of legacy that can be created within a human lifetime, thanks to the miraculous speed of change.

Thinking about our own individual legacies in the world requires stretching to see our connection to the broadest circle possible, and recognizing the importance of our own actions and choices in relationship to that greater whole.  It’s not necessarily about trying to take bigger actions to affect more people; it’s about bringing the awareness of that larger context into every small action and interaction you have.  The most important thing to remember is that if we want to make a real difference, we have to start with ourselves.  Once we stop trying to fix the people around us and instead focus on learning to listen and widen the circle of our own awareness as far as possible, we discover that we can begin to have an impact in profound and unexpected ways, and begin to leave a legacy for the future that is not measured in money, but in human energy that has been generated by freely giving our attention to others.

When we give our attention to another human being, that person suddenly feels met and fulfilled, and will stop craving your time and endlessly taking.  And when that man or woman goes home, his or her energy will be freed up to be given to others in turn.  Freely given attention generates more energy, and energy fuels creativity.  That’s what our legacy to the world can be, in ways that we may not ever be able to see, but will undeniably be felt by people far beyond the sphere of our personal relationships and by generations to come.

Adapted from Beyond Success: Redefining the Meaning of Prosperity

Jeff Gitterman is an award winning financial advisor and the CEO of Gitterman & Associates Wealth Management, LLC. www.gawmllc.com.  He is also the co-founder of Beyond Success, www.BeyondSuccessConsulting.com, a consulting firm that brings more holistic values to the world of business and finance.  His first book, Beyond Success: Redefining the Meaning of Prosperity, was recently published by AMACOM, the publishing house of the American Management Association.

Over the past several years, Jeff has been featured in Money Magazine, CNN, Financial Advisor, New Jersey Business Journal, Affluent Magazine and News 12 New Jersey.  In 2004, he was honored by Fortune Small Business Magazine as One of Our Nation’s Best Bosses.  He also serves as chairman of the advisory board to the Autism Center of New Jersey Medical School, an organization that raises significant monies each year for autism research and support services.