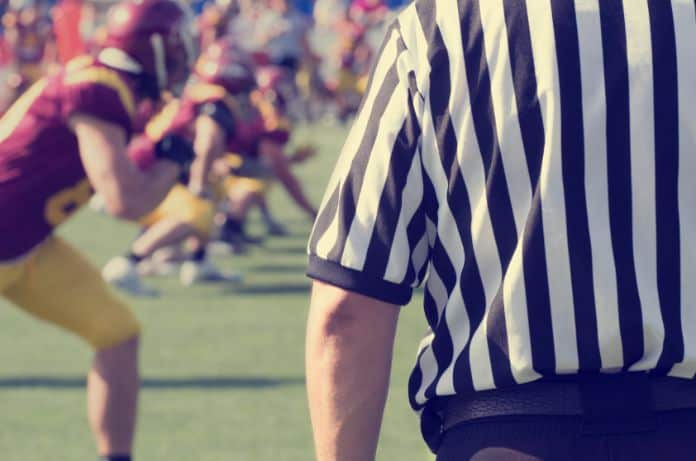 If there’s one thing all sports fans can agree on, it’s that referees have it in for their team and want them to lose. While that’s not actually true, it’s easy to feel conflicted after the most controversial calls in NFL history.

The Green Bay Packers always have trouble facing the Seattle Seahawks on the road, regardless of the presence of replacement referees. But with the Packers on the cusp of winning the Monday Night showdown 12–7, Russell Wilson heaved a prayer into the endzone that Green Bay’s safety M.D. Jennings intercepted—or so everyone thought.

Seahawks wideout Golden Tate battled for the ball, eventually gaining possession and confusing the scab referees beyond belief. With one official signaling touchdown and the other saying it was an interception, they called up to the replay booth. Eventually, the crew declared it a touchdown for Seattle, giving them a victory—and Packers fans another heartbreaking loss in Seattle.

It’s hard to imagine a world where the NFL didn’t revolve around Tom Brady. Yet, before the divisional contest against the Oakland Raiders in 2002, he was simply a formidable backup quarterback.

With Brady leading his Patriots down the field for a potential game-tying or game-winning score, he fumbled, and Oakland’s Charles Woodson recovered the ball on the snow-covered field. Little did we know, “The Tuck Rule” would give the ball back to New England.

Adam Vinatieri went on to kick the game-tying field goal in the fourth quarter, and subsequently the game-winner in overtime, igniting the Tom Brady era.

It’s virtually impossible to live in Pittsburgh and not know about “The Immaculate Reception.” On a fourth-and-10 with only 22 seconds remaining, Terry Bradshaw chucked the ball to Frenchy Fuqua, the intended receiver. Raiders Hall of Famer Jack Tatum drilled Fuqua, causing the ball to veer off into the hands of Franco Harris, who carried it to the end zone for a game-winning touchdown.

While the catch was clear—even with the 1970s camera work—the controversy stemmed from the rule regarding a double offensive touch. Fortunately for Steelers fans, instant replay wasn’t a thing yet, and they won their first playoff game in franchise history.

The Thanksgiving Day coin toss fiasco may not have had a monumental impact on the season like some of these other calls, but it’s easily the most hilarious.

A Turkey Day football tradition in Detroit saw the Lions defeat the Pittsburgh Steelers after Phil Luckett misunderstood Jerome Bettis; Luckett thought the call was for “heads,” but the Hall of Fame running back had clearly said “tails.” Detroit got the ball and kicked the game-winning field goal—that win is probably the most relevant thing the Detroit Lions have ever done.

Football is a great way for people to come together, but after hundreds of iffy decisions, the most controversial calls in NFL history will live on forever—until we see another official mess up the coin toss.