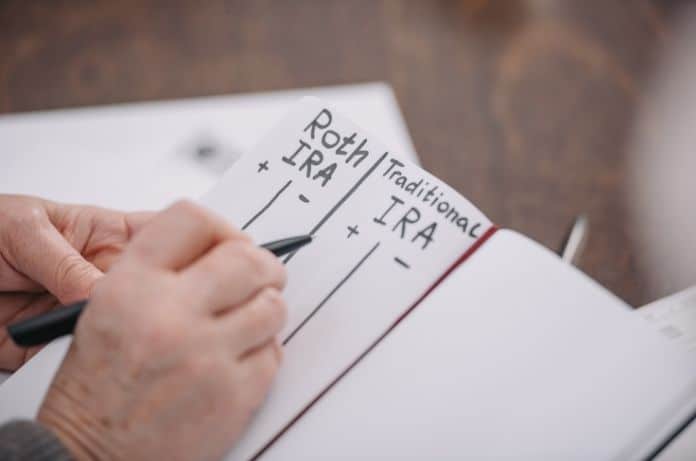 No one wants to make it to the finish line of retirement, only to realize that they don’t have the savings to enjoy their golden years. To make your savings work throughout your working years, you have the option of opening an individual retirement account, otherwise known as an IRA. In setting up one of these accounts, you can choose from both traditional and Roth IRAs. The differences between the two affect your tax returns, the size of your account, and even your investment eligibility.

Following pension plan collapses due to the bankruptcies of large corporations, President Gerald Ford signed a bill into law that would put retirement investment into the people’s hands. The individual retirement account, or IRA, would allow for annual contributions of tax-deferred savings, which would grow in stocks and bonds and be subject to taxes in post-retirement distribution. Unsurprisingly, wealthy individuals got the most from this new plan. The benefits of the IRA hit a snag in the 1980s when the Tax Reform Act of 1986, a bipartisan effort to simplify the United States tax code in exchange for eliminating popular tax breaks and loopholes, prevented investors with employer-provided retirement plans from simultaneously enjoying the tax deferrals an IRA provided. The loss of this tax break proved unpopular with many investors.

Restoring the full tax benefits of the IRA required a revenue-neutral counterpart in order to pass. Enter Senator William Roth of Delaware, who proposed an inversion of the traditional IRA—rather than deferring taxation, this new investment instrument would accumulate after-tax earnings and make tax-free distributions in retirement. He marketied this as an attractive option for middle-class investors who would appreciate untaxed retirement income. As such, the Roth IRA limits who can participate by capping eligibility based on modified adjusted gross income. Single and married individuals grossing less than $125,000 per year may contribute up to $6,000 annually, while higher incomes permit only limited contributions.

Self-Directing Your IRA: It Works Both Ways

As originally envisioned, the IRA was to be quite limited in where its investments went—only stocks, bonds, and the money market were permissible avenues for investment. The same Taxpayer Relief Act of 1997 that initiated the Roth IRA also liberalized retirement investing by allowing comparatively unorthodox investment opportunities, such as precious metals, real estate, and promissory notes, to name but a few. Despite the differences between traditional and Roth IRAs, whether you’re contributing before or after taxes, you can truly steer your retirement plan with a diversified portfolio of investments. Both self-directed traditional IRAs and their self-directed Roth counterparts are available, enabling you to build your retirement with creativity.