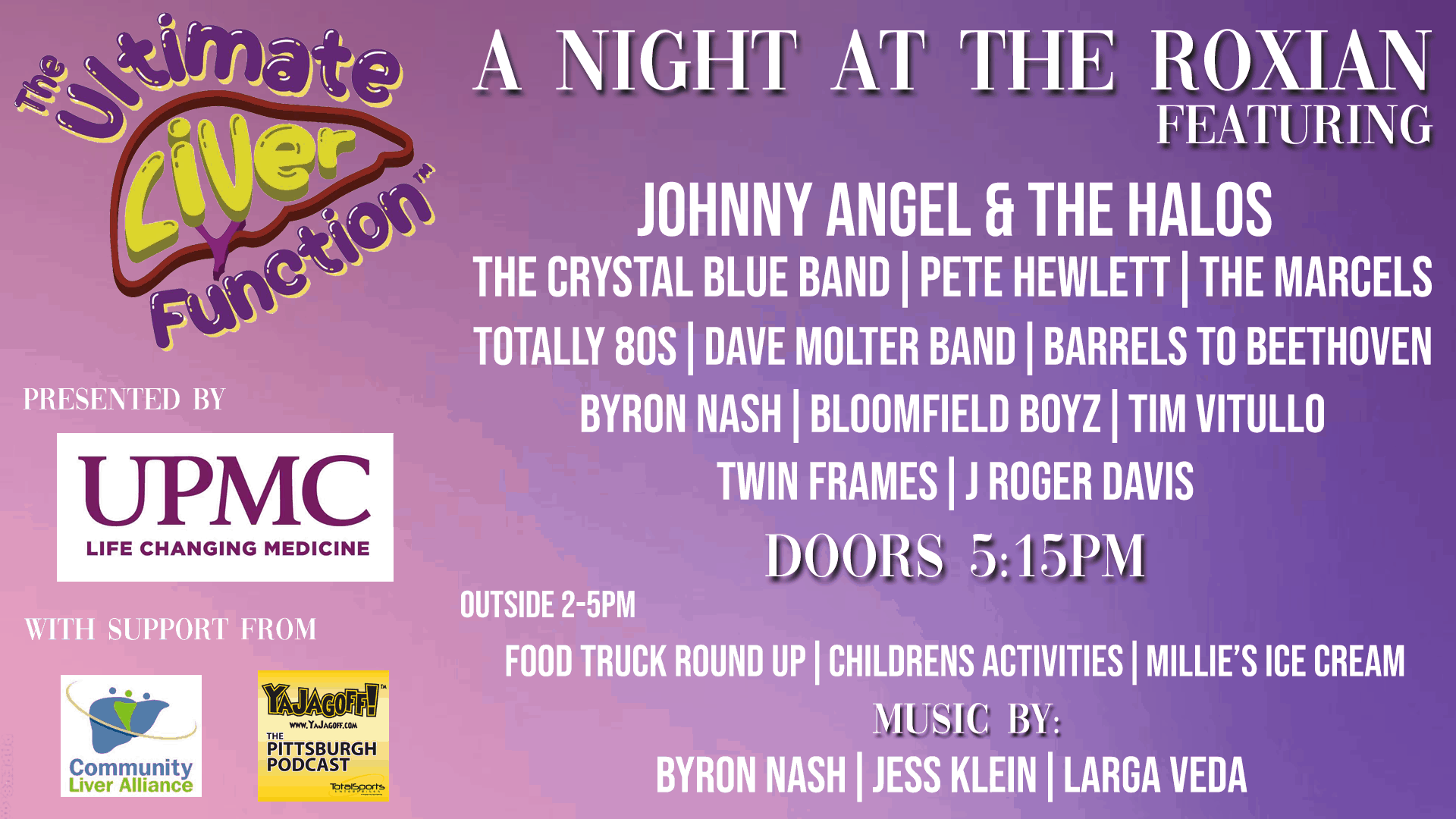 Sponsored by UPMC Transplant Services, and in partnership with Community Liver Alliance, The Ultimate Liver Function features a day-long music festival of fundraising, food, music appearances of star-studded guests, and promotion of living liver transplantation at the Roxian Theatre on August 24th from 2 p.m.-11 p.m.

During a living-donor liver transplant, a healthy adult can donate a portion of their liver to someone with end-stage liver disease. Following the transplant, the donor’s liver will regenerate, or grow back, in a few months.

At UPMC, living donation is a first line option for patients on the liver transplant waiting list since it helps to reduce time spent on the list and allows for a sooner remedy.  Real-life stories, will be part of this festive day paying tribute to live donors.

Mary Lou Hunt, wife of Johnny Angel of the Halos, was the recipient of alive liver transplant at  UPMC Presbyterian in April, after a Facebook plea for a donor that garnered thousands of shares leading to the perfect match.

In true Pittsburgh style, Sarah Booz stepped up to the task and donated a piece of her liver to save a life. Rachael Rennebeck, Co-owner of YaJagoff Media (event organizers) and daughter of Jack and Mary Lou Hunt says, “Living donors give new meaning to a second chance.  It is simply life changing for all involved and we want to share that at The Ultimate Liver Function.”

Doors open to the Roxian Theatre at 5:00 p.m. with a concert featuring Barrels to Beethoven, The Dave Moulter Band, Totally 80’s, The Marcels, Pete Hewlett, The Bloomfield Boys, Mike Vale of Tommy James & The Shondells, of course Johnny Angel and the Halos , special appearances and MORE!

Tickets can be found by visiting The Community Liver Alliance online and by following The Ultimate Liver Function on Facebook. Each ticket is $50.