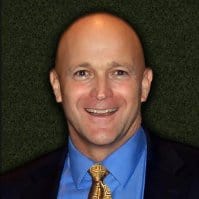 For more than 10 years, the U.S. Department of Veterans Affairs (VA) has included chiropractic care as part of its standard medical benefits package offered to all enrolled veterans.

With musculoskeletal conditions ranking as a leading cause of pain and disruption of daily activities among U.S. veterans, it is only logical that the findings of a new study published in the Journal of Manipulative and Physiological Therapeutics document the substantial rise in the use of chiropractic services and the chiropractic workforce in the VA since its introduction over a decade ago.

The growing utilization of chiropractic services among veterans for pain management and other health concerns, particularly those in the Operation Enduring Freedom, Operation Iraqi Freedom, Operation New Dawn, and older adult populations, showcase the clear-cut demand for the evidence-based, non-drug chiropractic approach and is a direct reflection of the improved clinical outcomes and high patient satisfaction scores that have been documented.

Among the multitude of findings during an 11-year period, the study concludes:

During 2001-2009, the number of pain relief prescriptions prescribed by military physicians rose to nearly 3.8 million – four times the amount that had been previously reported.

While the physical stress and strain of combat-related injuries and heavy equipment may be a contributing cause to the rise in chronic pain and the number of prescriptions written, drug-free conservative care, including chiropractic, should be considered prior to prescribing opioid painkillers for pain management.

Doctors of Chiropractic: Get the Facts

Doctors of Chiropractic (DCs) receive a minimum of seven years of higher-level education.  They provide non-operative management of musculoskeletal conditions such as back, neck, and joint pain, as well as headaches, through a comprehensive approach including manual techniques and active rehabilitation.

Chiropractic services are integrated with primary care, specialty clinics, and rehabilitation, and provide an evidence-based, cost-effective and non-pharmacologic option for pain management, along with general health and wellness concerns.

William E. Morgan, DC, is an advisor for Foundation for Chiropractic Progress and president of Parker University.

Keep Stress In Check This Holiday Season Before Ending Up in...