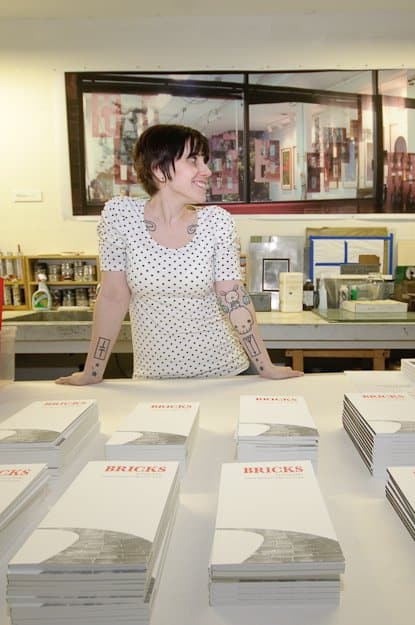 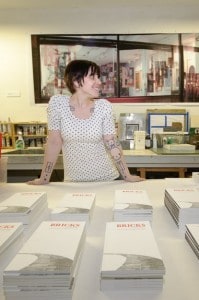 “You can either be mad and angry about it, or you can do something with it, learn something from it. It only has the power over you that you give it.”

That was the response Charissa Hamilton-Gribenas’ husband, Rick, gave to her when she asked him how he was so calm and accepting of his cancer.

Following his death to a recurrence of Hodgkin’s Lymphoma in March of 2009, Charissa followed his advice and approached her new beginning as a young widow the same way Rick had challenged his illness. She was also inspired to find a way to help other young adult cancer patients and formed BRICKS (Building Resources In Cancer Knowledge & Services) for Young Adults, an organization that aims to connect young adult cancer patients to people and resources that may be useful to them as they undergo treatment and beyond. 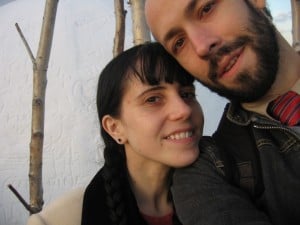 “We also hope to raise awareness about Young Adult cancers and impact survival rates through education and activism,” says Charissa. “BRICKS wants to include young adult widows/widowers more directly in the young adult cancer community, as well as address the need for a greater attention to end of life issues for young adults diagnosed with cancer.”

During her husband’s experience with cancer, they found it difficult to find information and resources for young adults.

“Though some do exist, it’s often hard to access information while you are dealing with the disease in addition to managing your day to day life,” says Charissa, who also works full-time as a client services manager at a nonprofit women’s healthcare organization, as well as raising her 12-year-old son.

In addition to a blog, the organization’s first major initiative was the BRICKS for Young Adults Cancer Awareness & Resource Guide, released in March of this year. It includes 15 submissions from young adult cancer patients, survivors, their partners, friends, caregivers and parents, as well a resource guide that includes information on programs, support services, online social networking sites, and recommended reading. The guide is available for free thanks to a Seed Award from The Sprout Fund.

A major initiative BRICKS is working on now is to create a network for young adults dealing with cancer in the western Pennsylvania region.

“Pittsburgh is home to nationally and internationally recognized cancer treatment centers—people travel from great distances to receive care here—but there is no single resource devoted entirely to the 15-40 year old demographic,” says Charissa. 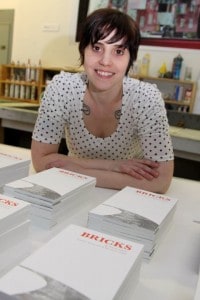 “Additionally, we hope to encourage healthcare providers to recognize the unique needs of young adults facing a cancer diagnosis.”

The reaction to BRICKS from the local community has been very positive, according to Charissa. “I’ve developed good relationships with organizations such as Gilda’s Club of Western PA and the Cancer Caring Center. I’ve also done multiple outreach events on my own that have been well attended. When speaking to the young adult cancer support group at Gilda’s Club, I felt welcome and appreciated. It was incredibly encouraging, and made me feel that the work I am doing is definitely needed.”

While all of the hard work Charissa has invested into BRICKS has been exhausting, it’s also been rewarding.

“I think it helped me cope in a positive way with my husband’s death,” she says. “That said—I have no intentions of stopping my work even if and when dealing with my personal loss becomes easier.”

As of right now BRICKS is essentially a one-woman show, but Charissa is working on assembling a board of directors, and already has a small band of loyal volunteers who help her with events. .

“For now, my plans involve getting the booklets out into the world, and in a couple of months we’ll start working on the next edition,” she says. “We’re also working on a new website—beyond our blog—that should be available in August. More long-term goals include obtaining and office/physical space for BRICKS, and to continue outreach and awareness initiatives in the community.”

To learn more or to request your free copy of the Young Adults Cancer Awareness & Resource Guide, visit www.BRICKSforYoungAdults.org or email Charissa at BRICKSpgh@gmail.com..