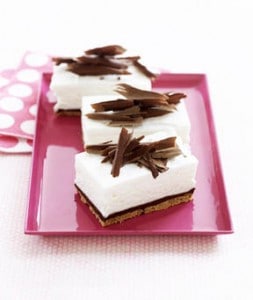 These indulgent bars will render the campfire creation a distant memory, with layers of graham crackers, bittersweet chocolate and a billowy filling made of heavy cream, meringue and cream of coconut.

Beat the Heat with a Refreshing Margarita

The Basics of Small Business Advertising

Beat the Heat with a Refreshing Margarita