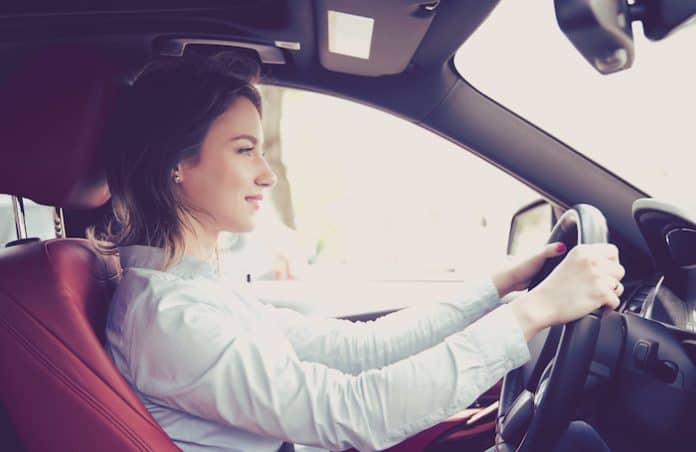 Speeding can be incredibly dangerous, but it’s something most of us have been guilty of at one point or another, whether we got caught or not.

Some people might be chronic speeders when they’re driving, and it’s certainly a bad habit with statistics showing 17% of all traffic crashes are caused by speeding.

There are a variety of reasons people speed. One may be as simple as not paying attention to the posted speed limit it any given area.

Another reason is running late. Some people also speed because they like the feeling of doing so and the adrenaline rush it gives them.

Being under the influence can make you more likely to speed as well, although if you get pulled over for that, it’s a different situation than just speeding.

In 2017 in Florida alone, 10% of all traffic-related deaths were because of excessive speed.

You should understand the risks that can occur if you speed. For example, speeding decreases your reaction time, and it also increases the amount of time you’ll need to stop. If you are speeding and you’re in a crash, the energy will be increased, meaning more damage and more potential severe injuries.

With all that in mind, if you do get a speeding ticket, there are certain steps you should take, including the following:

When You’re Pulled Over

When you’re actually pulled over, you should ask how the officer determined you were speeding and write it down. You should say as little as you possibly can, remain polite and try not to cause a scene.

When the officer leaves, you should write down all the details surrounding your speeding ticket, including the location, time of day, weather conditions or anything else that could be relevant.

Don’t try to fight the ticket or really stand out in any way in the eyes of the officer at the time you’re pulled over.

What Are Your Options After You Get a Ticket?

If you’ve already gotten a ticket, what are your options then?

There are three general options you go can with. One is paying the ticket, the second is fighting the ticket, and the third is seeking out some type of mitigation.

Should You Pay the Ticket?

Maybe you don’t want to take the time to fight your speeding ticket, so you opt just to pay it.

This is the easiest option, but depending on the specifics, the cost can be high.

You will also get points on your license, which will be based on how much you were speeding over the limit. This means you’ll pay higher insurance rates as well.

You can appear in court on your own behalf, or you can hire a lawyer.

If it’s a serious speeding charge, hiring a lawyer is probably best.

Once the proceedings end, a judge will decide if you have to pay the full fine, if you can pay a lower fine or if the ticket will be altogether dismissed.

Mitigation may be a good option for someone who’s never had a ticket before or who hasn’t had one in a long time.

When you go with mitigation, you will admit there your speeding essentially, and you can explain the situation surrounding it. You may get more time to pay the fine, get a lower fine, or you may be offered another option such as attending a traffic school.

The court doesn’t have to accept your explanation, however. If you go with mitigation, you also can’t undo it because a component of it means that you are admitting to the violation you got the ticket for.

If you go with the option to go to court and fight your ticket, you can ask the court to delay your hearing so you have more time.

If you weren’t speeding, you should try to gather evidence that shows that. If you have any witnesses, you should arrange to have them appear, and if you’re representing yourself, you can question to an officer who gave you the ticket if that person shows up.

Getting a speeding ticket is never fun, but ultimately it’s better to learn to avoid speeding by getting one than being in a serious accident.

If you do get a speeding ticket, you can explore your options and figure out the best way to handle it, along with trying to take steps to make sure it doesn’t happen again.