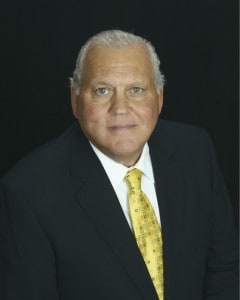 Everyone has their own special way of moving on following the loss of a loved one. For Pittsburgh resident Ron Miller, 67, staying active has helped him discover his new normal following the loss of his wife of 35 years, who passed away in May 2003. As president of Administrative Resources, Inc., a holding company and half owner of Amerinet, a large group purchasing organization for healthcare facilities, Ron occupies his days and some nights by continuing to work full time.

“While living in St. Louis, my job at the time required a fair amount of travel so I was gone a lot and didn’t spend much time at my home there,” recalls Ron. “No matter what you do—whether it’s work or a hobby—it’s important to stay active. The more you can do to occupy your time, the better it is.”

Ron and his wife, the parents of two daughters and grandparents to four grandchildren, had moved from Pittsburgh to St. Louis about the same time she became ill.

“Pittsburghers don’t like to move out of Pittsburgh—it was kind of an oddity for us as well,” says Ron. “So we always looked at this as a temporary move and wanted to move back to Pittsburgh eventually. We rented a house for a year before we decided to build. Once we did, we wanted to make the most of it. St. Louis is a lot like Pittsburgh, culturally and sports-wise. People are very friendly and joining The Hope Bible Church helped with the transition.”

Ron called his wife an inspiration to himself and to others.

“She was always very encouraging and pushed me,” says Ron. “She had a lot more faith in me than I did at times—encouraging me to go back to school and earn my degree, and then my masters degree after that. She was the person who motivated me the most.”

His wife’s illness progressed and she passed away in St. Louis. During this difficult time in his life, Ron’s family and their friends provided comfort.

“But it’s a lot like when you lose a job—your friends move on to deal with their own life issues and you are left pretty much on your own to cope with the loss, says Ron. “It’s just a natural progression. Misery doesn’t really attract company and people tend to shy away. But we also weren’t living in St. Louis for that long before she passed, so our circle of friends was small. The church was a big support for both of us during her illness and then to me as I dealt with her loss.”

His wife’s death didn’t stop Ron in his tracks although at times he felt it might. While they had a long and successful marriage, he wanted to continue to live life to the fullest.

“It’s easy to get depressed and dwell on things you can’t change, but you have to try to motivate yourself and move on,” he says.

In fact, four years ago, Ron took his oldest grandson, who was 10 years old at the time, on a 10-day trip to places neither had been in the United States.

“My grandson flew in by himself to St. Louis and then we flew to Las Vegas to spend a night there and onto the Hoover Dam; over the next several days we drove more than 1200 miles through Nevada, Utah, Arizona, Wyoming and toured several national parks including Yellowstone, Canyonlands and Arches,” says Ron, adding that they also visited the Grand Canyon via a train ride from Williams, Arizona.

“Most of the things that we did were things that I had never done,” he says. “So that was exciting for both of us. I’m planning a similar trip right now with my 9-year old grandson who is excited to take the journey after hearing so much about it from his older brother.”

To stay active and so he could spend even more time with his daughters and grandchildren, Ron decided to move back to Pittsburgh three years ago. If his health allows for it, Ron says he hopes to also take a cross-country trip with his two youngest grandchildren who are currently seven and four years old respectively, when they also turn 10.

“We’ll see what happens!” he says.

Finding Your Purpose Is as Simple as One Word

Balancing Hope and Reality After a Loved One’s Cancer Diagnosis

Thinking Your Way To Happy

Finding Strength through Faith and Writings

A Nightmare Ends In Hope