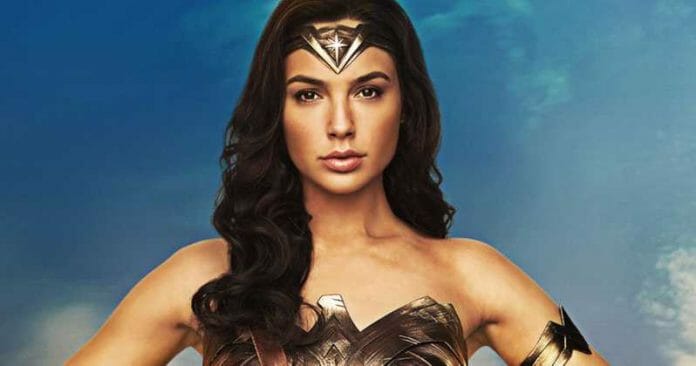 A recent Google search for “Wonder Woman Post” pulled up nearly 50 million hits, so it’s safe to say that the new film is generating a lot of attention. It’s the first in the super hero genre directed by a woman and strong attendance rapidly propelled it to become the number one film in the world.

Stories can create great transformation, but they can also limit us and hold us in place, says my Leading Women co-author M. Bridget Cook-Burch. “Are you telling yourself stories—about your family, your past, your abilities, your relationships—that are negatively affecting how you present yourself to the world? If so, what new, empowering stories of love, honor, and celebration could you be telling instead?” She urges women to tell stories in which they play the “Shero.”

Women have been telling a story of scarcity for so long, they are overlooking the (admittedly modest) abundance of women leaders emerging around the world, says Tiffany Schlain in her 50/50 movie. It can be hard to get others to join a movement that tells a story of loss and defeat. Psychologists point out we are much more likely to change behavior if we praise what people are doing right, rather than criticizing their failings.

Some women’s rights advocates found aspects of the movie disempowering or dismissed Diana as a “weaponised Smurfette,” a lone female character dropped into a man’s world. We can honor these perspectives as different ways to tell the tale, but have you noticed that the perceptions you focus on expand?

Look what happens when viewers frame the story from a positive perspective as Cook-Burch advises. “The greatest thing about Wonder Woman is how good, and kind, and loving she is, yet none of that negates any of her power,” said director Patty Jenkins. Diana refused to be dissuaded by soldiers who said it was too dangerous to save the village. She did not lambaste them for their weakness on the battlefield, nor did she argue or try to convince them they were mistaken. Instead, she simply charged out of the trench to save the village – and by her example inspired a small band of men to follow her. Jenkins described this story as a fine model for women trying to “be strong women leaders and retain our loving female traits especially in the business world.”

Yes, Diana lacked a supportive sisterhood during the war, but she stayed true to her values and gained support from men. She persisted and prevailed. And how refreshing was it was to see a woman being the rescuer rather than the rescued?

Equality and Respect for Women and Men

The pursuit of equality is not just about women. A Facebook friend wrote, “Wonder Woman is based on a comic book written by a man in 1941, and I would have been appalled if it wasn’t somehow true to its origins. I was proud to tell my granddaughter, ‘See, you can be smart, beautiful, and badass.’”

For all the sweetness of Diana’s childhood home, few women want a world without men. “Sisterhood is great but I also have brothers in the world,” the poster continued, “and I want equality and respect for all of us. ‘Wonder Woman’ is not meant to be the poster child for feminism, but it could show a woman could direct sequences as great as any man!”

Sisterhood Is the Answer

Viewers who like or dislike ‘Wonder Woman’ are not necessarily working toward different ends. WomenConnect4Good social media pro Cory Goode pointed out that their differences “reinforce the importance of maintaining sisterhood while women (and men) work together to heighten the female perspective in cultural narratives.” Bring on the energy of controversy, which Take The Lead founder Gloria Feldt says women can harness in their drive to achieve equality. Real life women who labor in corporate trenches today can certainly identify with the bleak absence of peer supports and the need to rely on their own powers.

Where Does Wonder Woman Leave Women?

The film is a beginning, and we look forward to empowering and inspiring sequels. Maybe Diana, missing the Amazon community to which she can never return, will develop her own group of supportive, powerful women CEOs and world leaders. Maybe she’ll create a mentoring network for SuperGirl and her peers. Possibilities abound.

By joining together in today’s women helping women movement, we can succeed in spite of our failings and accelerate change in adverse circumstances. We can highlight our wins in the film industry – and all industries – so that women are no longer under-represented and under-valued.

Nancy D. O’Reilly, PsyD, is the creator and co-author of Leading Women: 20 Influential Women Share Their Secrets to Leadership, Business, and Life and urges women to reach out and support each other to create an equitable world. Stay up-to-date on the thoughts, practices, and solutions cultivated by today’s Leading Women on Facebook and Twitter, or visit drnancyoreilly.com.