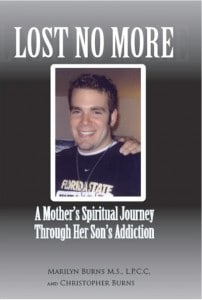 I started my career in mental health over 30 years ago.  I genuinely wanted to help people to feel better.  I have many highlights in my career and the one that I am most proud of was the building and directing of the holistic health center that I opened in 1996.  This was significant for many reasons but most importantly to me, it was a future for my son Christopher.  Chris had hopes of getting a degree in social work and taking over my practice as I moved into semi retirement/retirement.  His hopes were to be a substance abuse counselor.  My oldest son, Jason was going to law school in California and was working for a law firm as a paralegal.  Things were looking up for him; however I knew that Chris would need some help from me due to his many learning disabilities and ADHD.

As I look back on my career, it clearly changed as I changed.  My specialty in mental health is PTSD.  I am very skilled and trained to process trauma and loss.  Little did I know that I was going to expand those skills with my own personal experience?   A very pivotal time in life was on April 24, 2007 when I experienced the loss of my son, Christopher.  After having several surgeries due to a football injury and car accident, Chris found himself addicted to opiates.

After years of struggling with addiction, Chris succumbed from a heart attack induced by drugs at the age of 23.  Anyone who has suffered from addiction or has been impacted by the disease knows that no amount of effort or consistent love can prevent the addict from using, unless he makes that choice himself.  My son wrote in his letters from various jails and treatment centers, how much he wanted to stop abusing drugs and to become the man he believed he was meant to be.  But he often repeated that, God gave him this experience so he could learn to overcome it and help others to fight their “demon”.

I made every effort known to me to save my son during the six years that he suffered from opiate addiction.  Any parent living this nightmare knows that they can get “that call” at any given moment in time.  My son Jay called me at 11:58 on April 18th sobbing hysterically that Chris was found dead in a motel room and the paramedics were transporting him to a trauma hospital in Novato California after restarting his heart.

Randy and I were divorced when Chris was four and Jay was six.  I called their father and we took the first flight to California.  When we arrived, Chris was on life support.  We learned that Chris  lost oxygen to his brain and as the neurologists tried to tenderly explain to us…”the human part” of his brain was dead.  He explained to me that there were things worse than death and keeping him on life support would be one of those things.  I sank into a very deep despair knowing that this decision had to be made and I just couldn’t sign my name to the paper to let him go forever. I couldn’t imagine how I could live my life without him.  I felt like I failed him somehow…couldn’t keep the promise that we would work together and grow old together.

As one can imagine, I was paralyzed with fear of making the wrong decision.  I desperately wanted to hear my son call my name again.    I thought I would lose my mind on days when all I heard over and over again was “ma come here…look at me”.  I would have given my life to hear him say my name one more time.  The last time I heard his voice was the week before he died, Sunday April 25th at 9:37 p.m when he left a message on my phone…”mom thank you for calling me, u put the first  smile on my face in days…it makes a huge difference 4 me 2 know you still care.”    I just couldn’t let him go.

But what happened next knocked me off my axis. I had a dream the night before we signed papers to take him off life support.  In this dream, Chris apologized for all of the pain that he caused us, he was crying when he said, “ma, you have to let me go, I’m already gone. I’m not going to help others by living a longer life on earth.  I need you to write my story for me so I can do what I came here for.”  When he asked me in this dream to “let him go” it was the gift that I needed to find the strength and courage to take him off life support.  I don’t think I could have done it if he didn’t ask.  But several months after his death, I was being tormented by his final request which was to write his story for him.

The January after his death, I finally opened the door to his room to prepare it for a place for me to write.  It was incredibly painful for me.  Chris was a very tender boy that appreciated little things in life.  When he died in California, all he had left of his painful life were the things in his backpack.  The paramedics handed us…his comb, his toothbrush, a black set of rosary beads, a small book his brother gave him about “brothers” and a picture of the three of us (me, Jay and Chris).   Going through his room the first time since his death was bittersweet.  As I smiled at funny pictures he drew as a little boy, I also sobbed when I found syringes and drug paraphernalia that broke my heart.  How could something so horrific take my son from me?

I believe that everything happens for a reason.  I know that someday I will understand the reason why Chris had to die so young.  Once I was strong enough to begin writing his book, my son continued to communicate to me through my dreams.  It was suggested to me, that I make him the coauthor of the book since he left so many requests that I included in his book.  Lost No More…A Mother’s Spiritual Journey through Her Son’s Addiction has finally been released and is now available on Amazon and Barnes and Nobles.  It is my attempt to grant my son’s final wish.  I have been asked many times how I can believe in God as strongly as I do after losing a child to addiction.   I believe in miracles more than ever since I’ve lost my child.  All of us that have to wake up one morning and figure out how to live our lives without our children are walking miracles.  It takes a tremendous amount of courage, strength, stamina, perseverance, and dedication to faith and hope to take these baby steps daily.

My son thought moving to California in March of 2007 to live with his brother in the beautiful mountains of San Rafael would be his new beginning.  It was a short month later that I got “that call”, the call that began my journey to the bottom of my heart.   Before Chris left home in March of 2007,  he asked me to listen to a song.  He cried while I listened to Hurt by Johnny Cash.  Johnny describes the familiar sting of the needle as it invades his skin and his words were…”if I could start again, I would keep myself, I would find a way”.  I believe that my son is at peace now and his spirit shines brightly upon us…he has proved to me that I must trust in the moment and to always believe in miracles.

Marilyn Burns is a mental health counselor and resides in Boardman, Ohio.  She has a son Jason that is currently residing with her.  She is in private practice in Boardman and is now the Western Reserve Chapter Leader of Compassionate Friends.  For more information about Lost No More…A Mother’s Spiritual Journey Through Her Son’s Addiction,  please visit lostnomore.us. 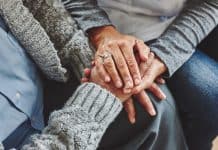 The signs of mattress deterioration that tell you it is time...

How to Care for an Elderly Parent