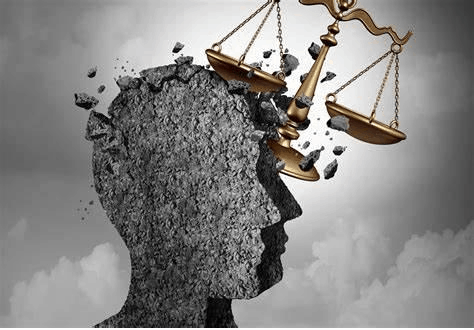 Years ago, cognitive enhancers represented a revolutionary discovery. More information about them, find here. The mere thought about a ‘magic’ pill that boosts our brains was promising. But research in this field is still ongoing. Although some of the claims have already been proven, scientists can’t completely confirm that these drugs work without any consequences for the users.

And when there is no firm evidence for something, there is a lot of room for manipulating information, especially in the fields of medicine, science, and pharmacology. So, sometimes it is easier to declare a substance illegal or prohibited than to conduct numerous debates on the subject. That is precisely the case with nootropic enhancers, whose legal status is not yet officially known.

Use in Conventional Medicine

Many people find themselves confused when they realize that some of the substances, they use every day, like coffee or chocolate, are classified as cognitive enhancers. However, there is no controversy around them. Prescription-only drugs, such as modafinil or psychostimulants, have been subjects of these discussions.

These nootropics have long been parts of many conventional therapies for the treatment of various diseases. It means that their use, in some form, has been approved by the relevant institutions. Some cognitive enhancers are therapies for children with diagnoses of attention or sleep disorders.

Substances that positively affect our brain are the active ingredients of these drugs. Medical science already proved their positive effect, but their distribution and application in healthy people are still under question.

Scientifically, there are no obstacles for healthy people to take cognitive enhancers. Boosting brainpower is a thing they want to achieve, and these drugs can help them with that. There’s nothing wrong with people wanting to be more productive and successful in everything they do.

But the legal side still does not agree with this. In some countries of the world, people using cognitive enhancers will pay penalties; in others, they won’t. Somewhere, you can buy nootropics in any well-stocked store; in other places, only online purchases are possible, with still unclear regulations.

Every cognitive enhancer affects dopamine and noradrenaline systems in everyone who uses them, one way or another. And as these neurotransmitters are known as triggers of mood and brain performance, authorities consider them having high addictive potential.

How these brain chemicals affect our behavior, check on the source below:

Most debates are about cognitive enhancers that contain psychoactive substances such as amphetamines. There are justifiable concerns about the misuse of these drugs, as certain health risks are higher in patients using them. Also, these medications have a significant level of abuse. Therefore, there are legal restrictions on their use without medical supervision.

However, the problem arises with enhancers that do not contain psychoactive substances. Their active substances affect our brain in a completely different manner – making us less tired and more focused. Not high and thrilled.

Although these cognitive enhancers should not be in the same group with amphetamine-based nootropics, they are equalized. That’s why those who want to get any type of nootropic are afraid of sanctions if they manage to buy them at all.

For people who have no health problems and can’t get cognitive enhancers via prescription, online shopping is usually the only way. Nootropics found in stores in most cases are not providing desired results. Online purchase is not strictly forbidden, in terms of sanctions and penalties; but no one said out loud it’s completely legal.

Most people will take a shot with over-the-counter nootropics after seeing online sources like Nootropics Review Nerd homepage. With caution and information, Internet purchasing of these drugs will not be a risk. If they use the medicine according to the instructions and do not abuse it, it’s possible to get the best effect and be satisfied with the purchase.

The laws around cognitive enhancers don’t agree, but not all people look favorably on these drugs. Some consider them mental doping, which is a misconception, but enough reason to deny their use. That’s why we need to work on education and eradication of delusions that cognitive enhancers make us super-intelligent. We’re just more efficient, not smarter.