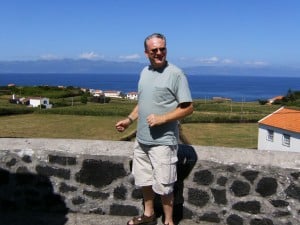 Anyone who has felt abandoned may find some solace in my experience of abandonment and redemption.

Last year I learned that I was abandoned at birth.

For the last 60 years I have always known that I was adopted.  My parents (adopted) had always introduced my younger brother (natural) and me as “Timmy, our adopted son, and our son Ronnie.”  There was never any distinction between my brother and me, or our older sister from our father’s first marriage, within our very large family.  I was at all times numb and dumb about my adoption.  It meant nothing to me.

My parents divorced when I was six, and my father never had anything bad to say about my mother.  My mother never had anything good to say about him.  Ronnie and I spent every other weekend and two weeks in summer with our father. Once I turned 14 conflicts with my mother grew so frequent and intense that I chose to live with my father.  When he married his longtime girlfriend I returned to mom.

Several times my parents and I attempted to find my biological parents.  They told me that false addresses were given at my birth.  After my only son was born, my mother requested that my adoption papers be released to me.  The names and birthplaces of my biological parents were disclosed.  An extensive search was fruitless, and I stopped searching for several decades. Then my wife of nearly 40 years insisted that the search be intensified when I was diagnosed with Petit Mal, a mild type of epilepsy.

For my entire life I was totally comfortable in being loved and deeply wanted.  That changed as I learned part of the truth.

I was abandoned at birth.  Not wanted.  Not cared for.  Not loved.  Not anything.  Just nothing.  I was devastated.  Nearly two generations of unquestioned love suddenly came to a screeching halt.

Then I found the woman who brought me into this world.  Through her I found the man who fathered me, and that has changed my life forever.

First let me start by saying my mother told her former fiancé that I was stillborn.  Imagine his reaction when I came knocking at his door some 60 years later:  his only biological child.  I asked him what I should call him since I already had a “dad.” He said call him “pop,” which is what all his stepchildren did.  He demanded a DNA test before accepting me as his son.

When I first called my “new” mother she said she had prayed everyday that I had found a good home.  She never told her family that I existed.

That was it.  I never existed. I had been dead for more than 60 years.  My struggles to overcome getting kicked out of an exclusive college, then winning a Bronze Star in Vietnam and going on to earn a master’s degree meant nothing.

To my mother and father I never existed.

Yet my true mother and father had shown me nothing but love and acceptance.

Where did that leave me?

For most of my life I had rarely, if ever, displayed any emotions.  When my father died shortly after my son was born, and then my brother died 10 years later, I didn’t shed a tear.  My son said the only time he ever saw me cry was when my mother died in 1988.  As I matured through the later years my appreciation for true heroes grew: they are the ones that run toward danger when everyone else runs away.  My emotions grew with that realization.

That was never more evident than on 9/11.

Then my son went to Iraq, and my pirate-like brother-in-law died.

The only thing I knew for certain was that my family loved me, and I loved them.  Suddenly I found a new family where I never existed.  Decades of love were turned into the despair and desolation of abandonment.

That changed as I learned more.

After I told my mother that my mother was dead, she told me she was a lonely unmarried 18-year-old pregnant girl in 1949.  Her family was very prim and proper, a bastard child would certainly have never been accepted and thoroughly castigated; his mother disowned.  Mother agonized over what to do.  What could a pregnant child do?

Her decision to abandon me turned out to be the only way out.  It gave me and her a new life.  I now had a great appreciation for the tough decisions she made those 60 years ago.

I had not been rejected.  Rather I had been accepted and set free of the stigma of a bastard birth.  My new, yet unknown, life was the best possible one for me.  Regardless of divorce and separation, there was never any lack of love.  It wasn’t an easy life for me; yet with the love and support of my family I became respected and successful.

My mother had a new life without the burden of an illegitimate child to weigh her down.  She was later married and had two daughters and another son.

While no one knew about me, I was never forgotten.  Five years ago my mother broke her hip.  Once while in the hospital when her three grown children were present, a nurse asked her how many children she had.

“Four,” was her answer to the surprise of all in the room.  When asked again her response was the same.  They attributed this to the medication she was under.  When she got home and was given a walker, she named it “Timothy.”  This surprised her children and family since there was nobody named that in the entire extended family.

I then knew my mother, while not my “true” mother, had never stopped loving me.  She was overcome with joy when learning of my life and meeting my wife, my son, and me.  While I have to say I meant more to her than she did to me, the new emotions I felt were uncontrollable.

My father, again not my “true” father, never knew that I existed and lamented that his only child had died at birth.  Yet when “Pop” received the DNA results he immediately called and asked me to call him “Dad.”  Mother asked me to call her “Mom,” and I was at a loss about what to do.

I had a mother and father, yet now I have a mother and father.  A sister and brother, but now two more sisters and another brother.  Since my seriously depressed brother had died from an accidental combination of drugs and alcohol in 1985, I asked my sister what I should do.  We talked for two hours.  She said Dad would approve of calling him Dad, and the same for Mom.

The truth has set me free. 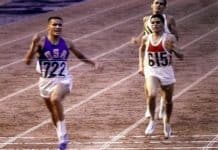 How Tony Little Did It: A Profile With the TV Pitchman...