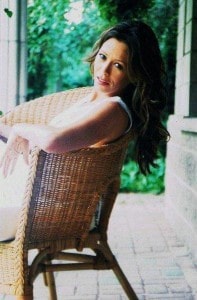 We had been married just over two and half years when my then husband stated he wanted a divorce.  I was blindsided to say the least.  It felt like a bad dream – surreal; death only alive or, how I’d imagined. Not only had we been trying to get pregnant at the time, but three months prior we had purchased our first home to the tune of a half a million dollars. We were still unpacking. My head was reeling. I had so many unanswered questions. How could this possibly be happening?

It didn’t take long until I had reverted to an emotional state I hadn’t visited in decades. I entered a victim state that was familiar from childhood.  I was certain it was all is fault.

First, he was unfaithful, and I forgave him and then this. And to top it off, he waits until we commit to this massive mortgage, what a creep! It wasn’t fair. How could life be this way? I was just about to get what I wanted – a baby.  I had boxes of designer baby clothes I had carried around for years: I wanted a baby and I wanted it with a husband! I had conveniently forgotten that I had been side-tracked with having children, the sole purpose of my marriage.

The night he said he wanted a divorce I drank a bottle of wine and remembered what I had forgotten — or, perhaps, blocked out. The day I married him, about to exchange vows, I remember looking at him and saying to myself “it’s Andrew, not Wallace – don’t say Wallace; it’s Andrew”. Wallace was the guy I dated prior to Andrew and I was certain I would marry him. Poor guy, it turns out I was in love with two things: the idea of marriage, and who I became through his encouragement, not him personally.

Divorce is said to be the most stressful life experience after the death of a loved one.  It’s the ultimate rejection. Quickly, I became unrecognizable to myself. I cried day and night. I turned down any and all invitations to do anything. As I witness myself breakdown I grew tired of the turmoil and I began to ask myself questions, difficult questions like; was I upset that he was leaving or mad at the level of inconvenience and discomfort he was causing my life. After all I was 34 with a plan, and that type of revision to the plan at my age was very precarious, my eggs were aging every day. Little did I know, two years later the person I would give birth to was myself.

In an odd twist my career began to really take off as my life was breaking down. The life coach was thriving and falling apart simultaneously. I was fortunate that a contract that involved national travel came up. It was what I needed, and people were depending on me to motivate them. I had to be strong and I was, at least in front of people. Alone in my hotel rooms at night was another story as the victim in me inevitably emerged, dominating the stage with overwhelming drama.

When I arrived home in Toronto after each business trip, I would begin to sob in the limo – dreading the idea of an empty house, not wanting to look at my life, not knowing where to begin to heal.

After about 6 months I would waver from blaming him to remembering that we weren’t a great fit to begin with.  Even after I recognized it was for the best, I would still blame him that I had no children. Yet oddly, at the same time, I was grateful realizing we would have been awful parents together.

Through much pain and soul searching I realized we both married for the same reason. Being in our early 30 it was time and what people did. There was pressure to be married and plan a family.  What can I say I wanted the dress, the party, the happily ever after – the illusion.

I slowly took responsibility. Responsibly for picking him, for marrying due to social pressures, for NOT choosing who I was as it all unfolded, and for settling in life. Ultimately, I realized, it was time to become 100% responsible for my own happiness, something few people ever do in life.

Though that time is best described as a pain fest, I was able to recognize that millions of people had gone through the same experience and survived.  When I was in pain I would write, hoping one day others would read it and it might help alleviate their pain. I mean if I was experiencing this level of suffering with all my training and knowledge, I could only imagine how others would fare.  I began what became my first book. My practise book I called it. It was never actually published, but it garnered my focus in a way that was cathartic and progressive.

In a rare moment of personal accountability, I turned off the tears and took stock in how we had contributed to each other’s lives. He encouraged me to write and pursue my television career when everyone around me said I was a dreamer. He directed me to a personal development program that my family, neighbours and clients have now taken. So many wonderful things evolved from he and I knowing each other. My life path had changed. How could I possibly regret that?…

I supported him when he quit his corporate job and started his business, which is now thriving. I also encouraged him to reconnect with his sister that his family had excommunicated 15 years earlier after a suicide attempt. She is once again in their lives.  I was able to see and accept the value our brief relationship had. There were many positives once I stopped kicking and screaming like a 3-year-old long enough to see the blessings of the situation.

It was about a year and half before I went on a date and 3 years before I was in a relationship. I did my best to honour the healing process and allowed myself to feel my disappointment over not having children. I was determined to learn to be the best me and a happy person that was not contingent on external factors in my life.  Cliche’ yes, but this painful experience was a wake-up call, a reminder not to settle in life. My ex husband was a wonderful person to both marry and divorce, for knowing him brought me to me.

I strongly believe life gives us the situation we need to develop into who we really are. I am now a published author, an expert on TV and a far happier human being, than when I was chasing what I felt I am supposed to have.

If I’d had the baby I desperately wanted, I don’t know that I would have ever completed a book or, more importantly, learned the path to joy within. Life got good, because I looked for it to get good!

I am the proud Auntie to nineteen, (yes 19), nieces and nephews that I borrow regularly. I have learned that there are enough traumatized children in the world, that need love and direction from people like myself, who likely wouldn’t have the time if they had their own children.  I recently completed a children’s book after consulting with my 5- year-old nephew Rhyen, of which he entitled “Happiness Is Fun.” 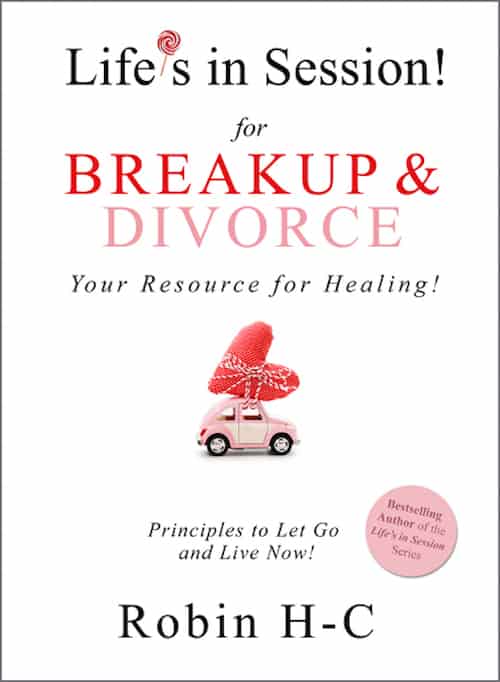 Robin H-C is a Life Coach and Behaviorist, she is one of Canada’s leading People Experts. Her advice has been published in Forbes, Success, and Psychology Today, among others. Robin is the author of the best-selling book series: Life’s in Session.

3 Ways to Give Back to Your Community During COVID-19

The Basics of Small Business Advertising

If Your Kids Could Make The Rules of Divorce